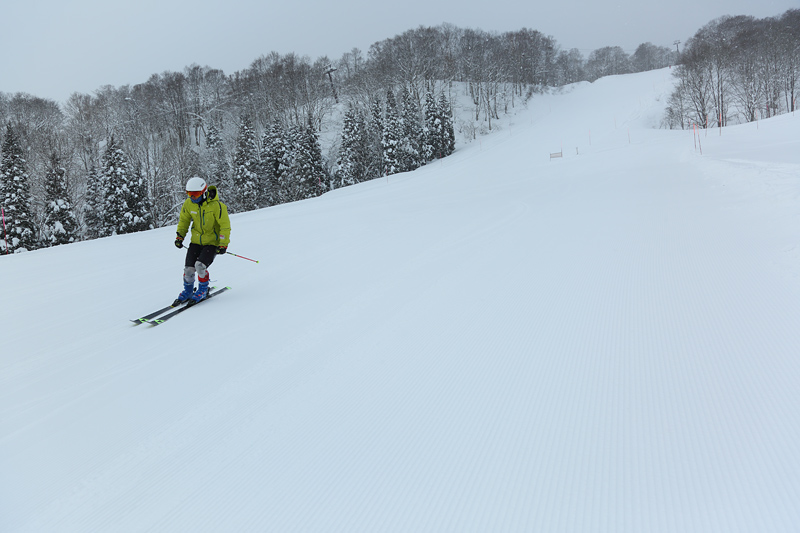 As I arrived to the parking lot around 7:15, it was a nearly windless morning, with the first ray’s of the morning sun piercing through the clouds. Around 7:30, snow began to lightly fall, and by the start of the Myoko Kogen Sky Cable at 8:30, it was really coming down. The copious amounts of new snow from the storm starting two nights ago and continuing through to last night had been pressed down by the groomers on the Joshi Kokutai Course (pictured), resulting in a moderately-soft, powder snow surface. 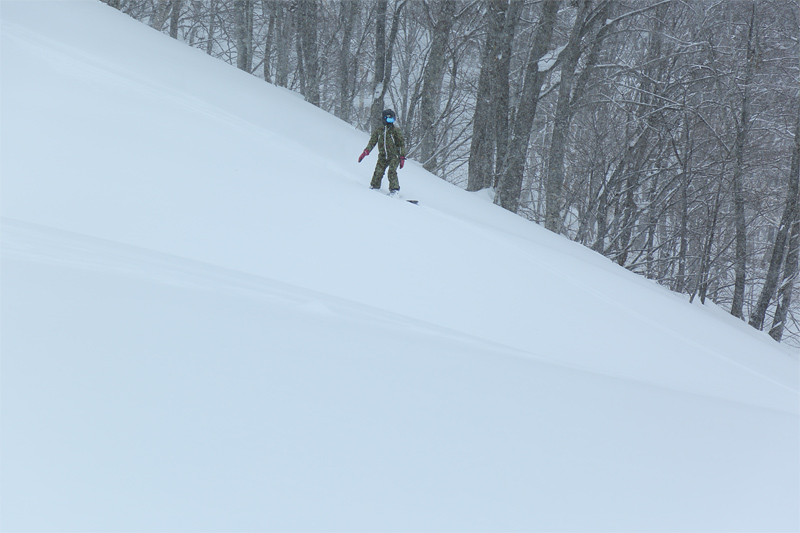 There was no new snowfall overnight, and when I reached the top of the resort, the only fresh snow to speak of was the little that fallen over the morning and now thinly covered the surface. The ungroomed Hotel A Course and Champion A Course were crisscrossed with old tracks. There was a nice section of undisturbed snow remaining on the side of the Hotel A Course (pictured), where I enjoyed a mini powder run on the soft, top layer of around 40 to 45cm of snow. 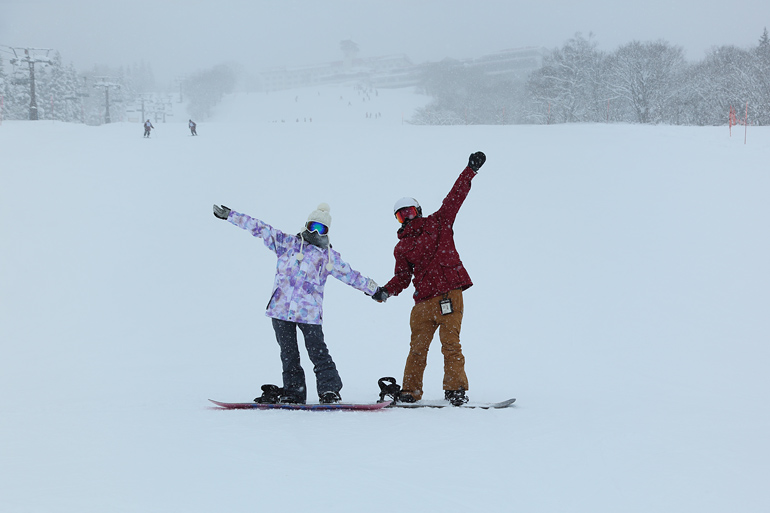 The widely-groomed main slope (pictured) and Hotel B Course (4th photo) had a moderately-soft snow surface similar to that of the Joshi Kokutai Course. I talked briefly with a couple from Niigata’s Joetsu City (pictured), who told me, “This is our second time to visit AKAKAN this season. We’re really enjoying snowboarding on the soft snow.”

Some sunlight in the eastern sky had been visible until around 9:00, but was eventually hidden by thick clouds that brought even heavier snow. As the morning went on, the slopes began to liven up as ski lessons for students on a school trip began taking place on the Hotel B Course (pictured) and Hotel Main Slope.

＊ The resort is fully open!

＊This season, AKAKAN reports are being updated once per week until March.