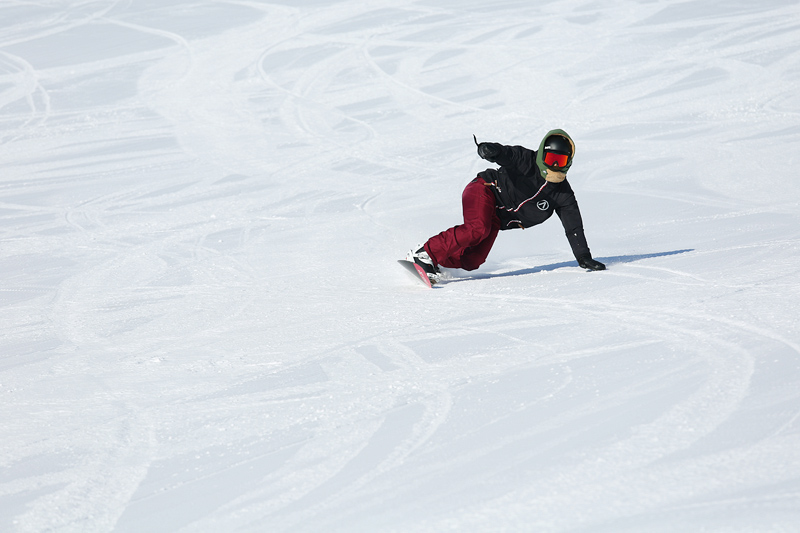 With “one more descent”, it is possible to return to “80% or more slidable = full slidable” since Jan, 16 (Thu)…,The “one more descent” does not come easily. As the second quad began to move at 8:30 am in mild sunny weather, visitors slipped down competing on a beautiful snow-covered Ikenota slope.
[Ikenota slope] 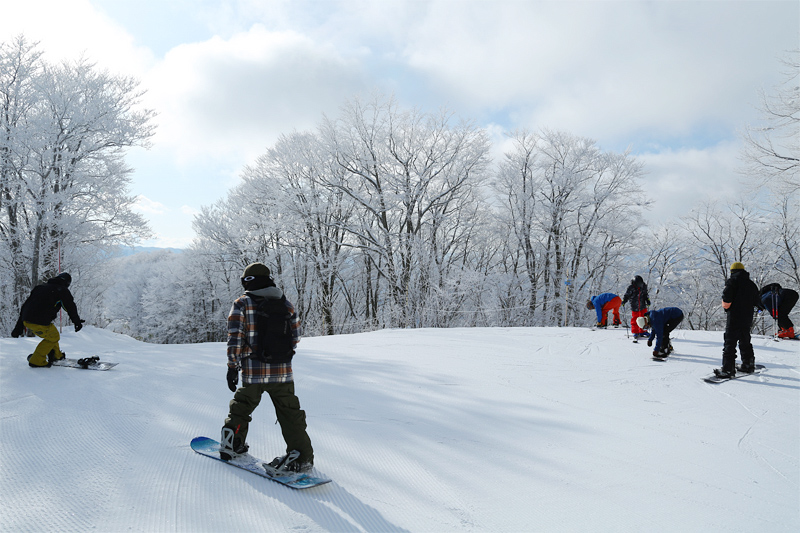 The hoarfrost that spreads from the ski slope to the upper part is beautiful, and at the fourth pair landing, most people start taking pictures before they start riding. Both the Ikenota slope and the Hieda Forest Course were moderately tight and slippery, but I felt the tightness between the Hieda Forest was slightly increased.
[Hieda Forest Course] 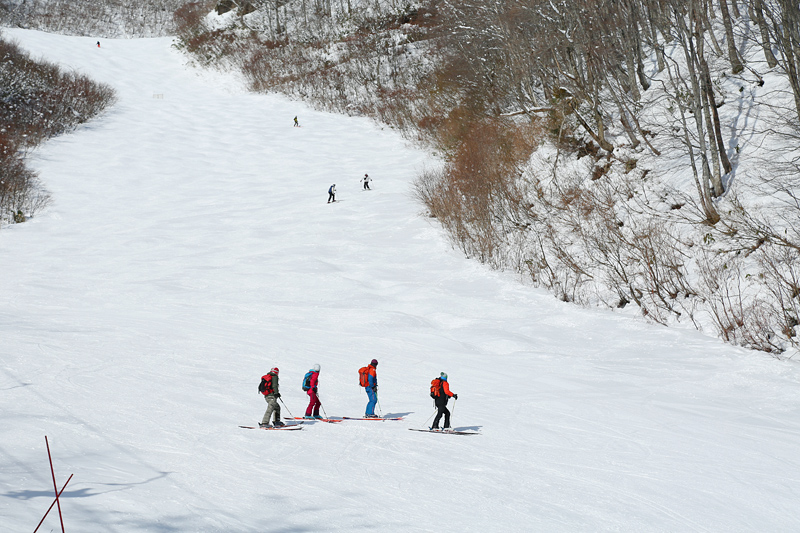 There was also a bump lane on Mt. Hieda 1 with bump stuck on the entire surface.  The bump on which about 1cm of fresh snow seemed to have fallen last night was in a condition that was easy to challenge with a moderate size and tightness.
[Mt. Hieda course] 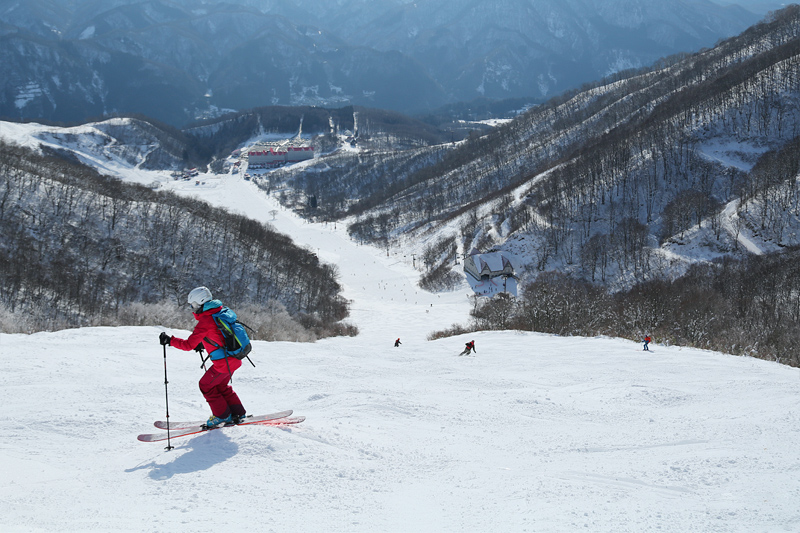 Undulating to medium-sized bumps stuck irregularly on the Itadaira course. With a moderately tightened burn, there was still a place where tall grass was still visible, but there was no worry about damaging the board. In addition, the Ipponmatsu course has little roughness despite non-compacting snow, and the snow surface is slightly moist and it was easy to slide.
[Itadaira course]