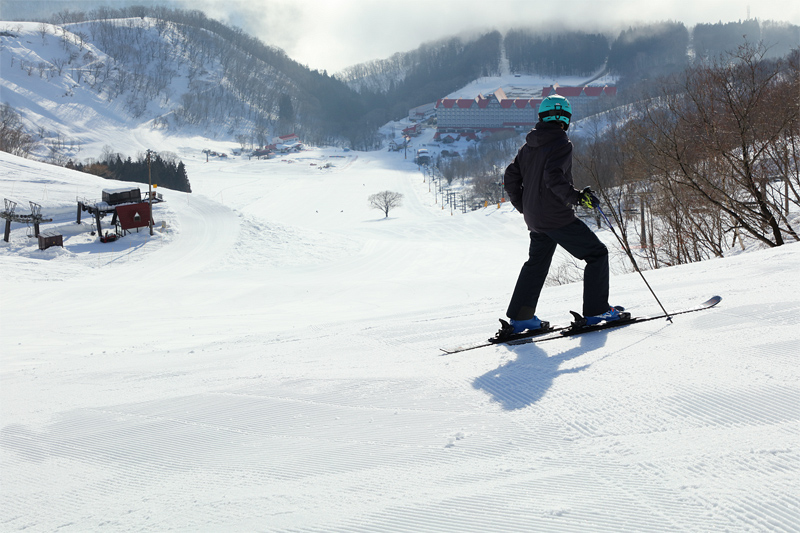 It was a calm beautiful day. The granular snow was tightly packed on Ikenota Slope (pictured) in the morning. When I visited again around 9:30 am, the snow was loose and moderately soft in the sunlight.
[Ikenota Slope] 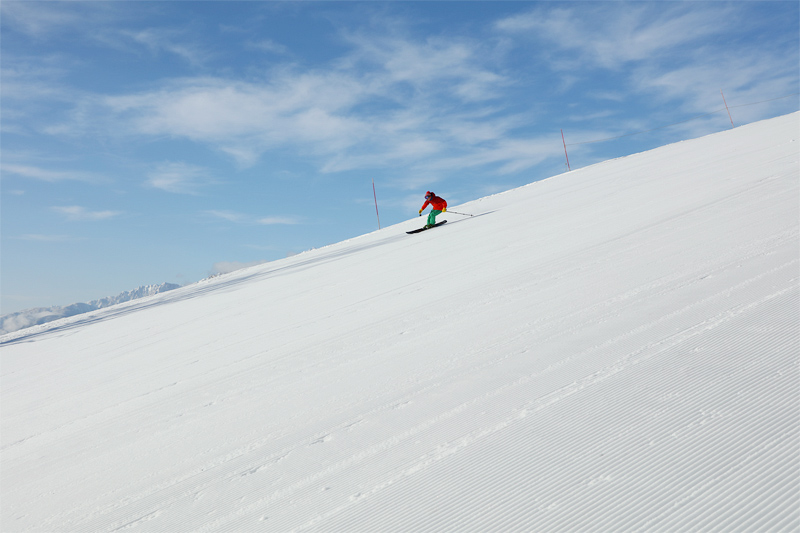 The granular snow was harder on Ipponmatsu Course (pictured) than Ikenota Slope. The slope was empty in the morning probably because it was a weekday with a state of emergency declared in 11 prefectures. I only saw a few people taking No.1 Pair lift. I had fun skiing down the slope with the corduroy pattern.
[Ipponmatsu Course] 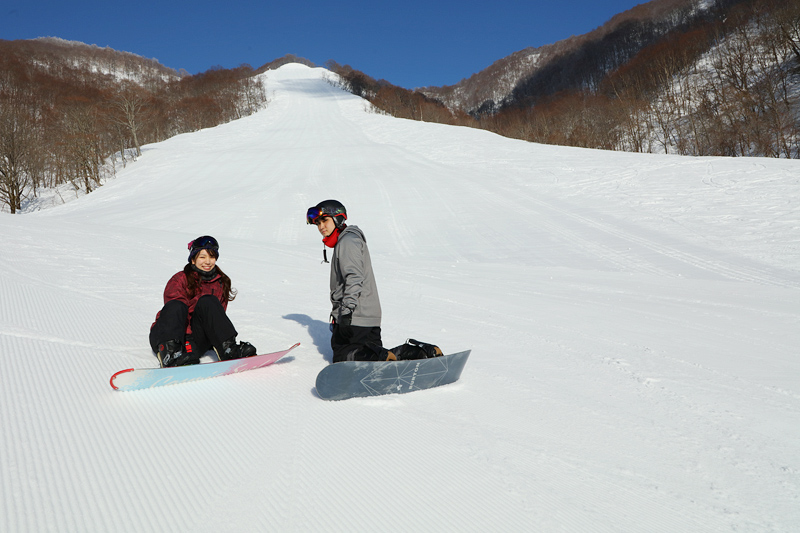 “Actually this is our first time here because we usually go to Takasu Snow Park. We came by bus to stay overnight. She’ll have a lesson in the morning.” two snowboarders coming from Osaka (pictured) said. The granular snow was moderately packed on Itadaira Course.
[Itadaira Course] 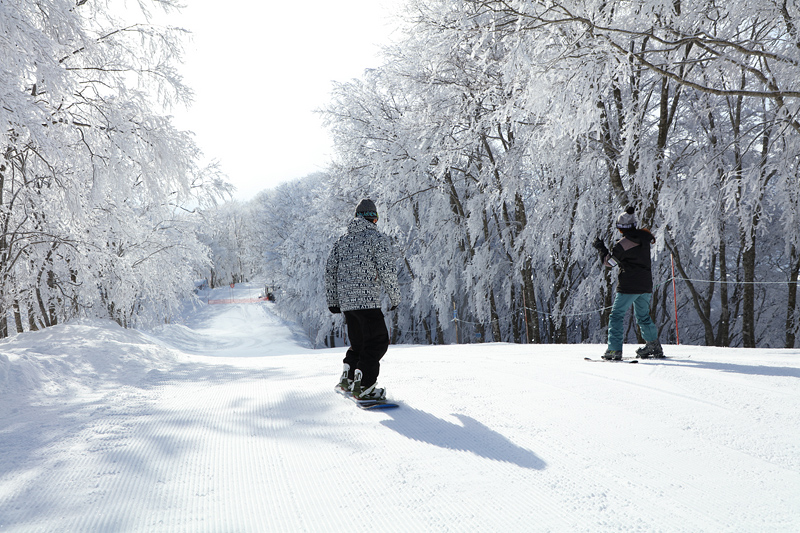