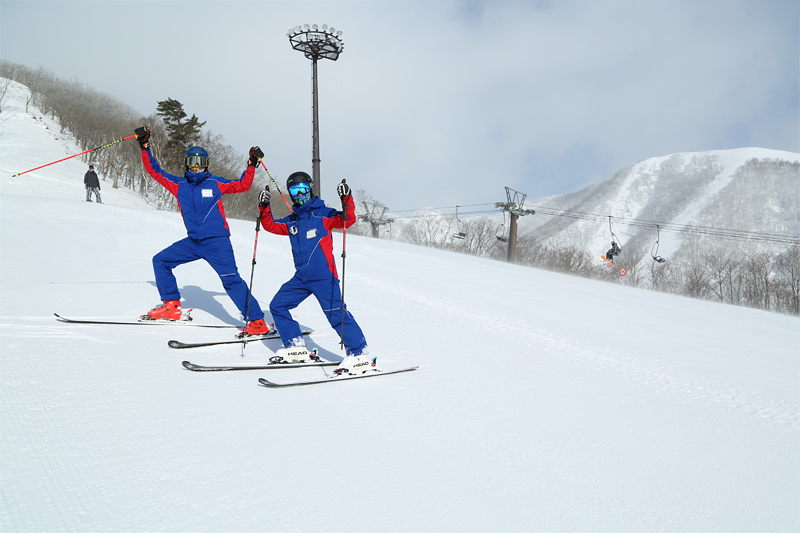 The strong wind that was blowing before the opening stopped, and the blue sky became visible avoiding the clouds, and the sun was shining. The second quad was suspended due to mechanical trouble. A teacher at Cortina Ski School / Cortina Snowboard School said, “I’m always watching. No way the second quad will be suspended …”.
[Ipponmatsu Course]

“I’m always watching. Today I’m going to the Sky View slope by skiing one on the Warabidaira slope,” said a man living in Otari village. On the Warabidaira slope of compressed snow, rough snow and wet snow were mixed and the ground was tight, with 5 to 10 cm of fresh snow packed in the wind in the first half and 1 to 2 cm of fresh snow on the gentle slopes in the second half.
[Warabidaira] 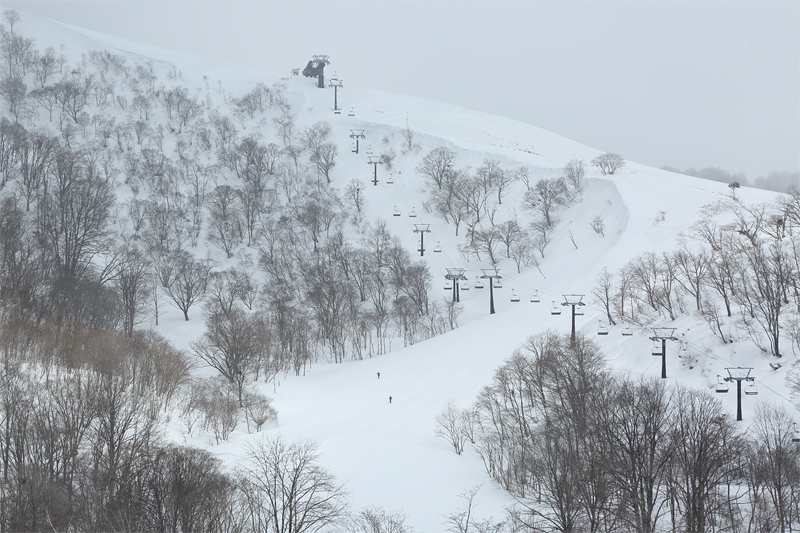 The Ipponmatsu course (pictured) was also pressed with a mixture of wet snow and rough snow, and it was tight and slippery. After this, preparations for the third quad proceeded at a rapid pace, and the rabbit course, snake course, and antelope course opened around 10:30.
[Ipponmatsu Course] 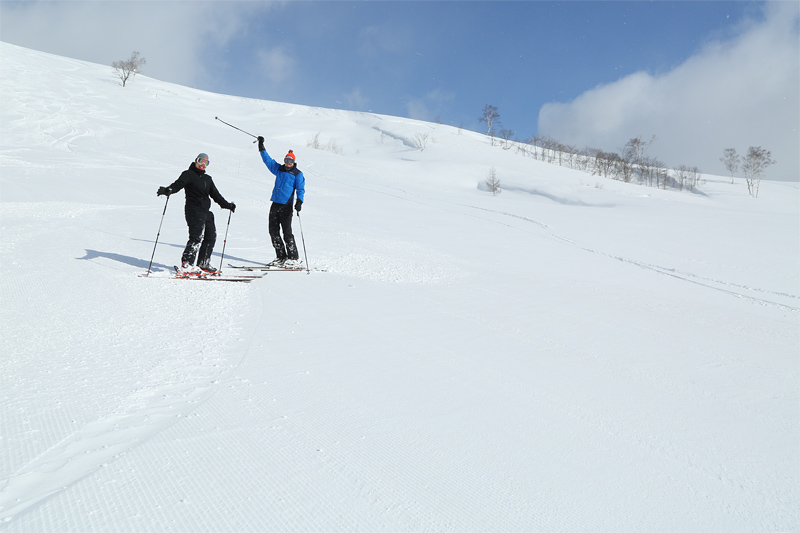 An Australian man (right photo) and a Canadian woman living in Fukuoka prefecture said, “I’m always watching. The other day I went to Goryu 47 with an early discount lift ticket purchased by Snownavi. I’m looking forward to powder today. I was doing it, but it didn’t accumulate as much as I expected. ” The fresh snow was about 15 cm when measured at the non-compacted snow part on the side.
[Warabidaira]