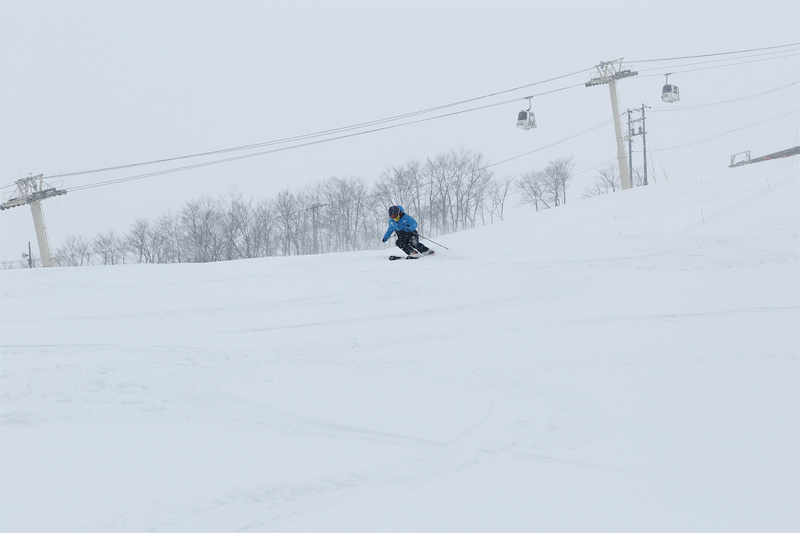 It was rainy at the mountain foot, while it was snowy in the middle and top area in the morning under the influence of the winter pressure pattern. The lifts of Usagidaira, Kurobishi, Riesen Grat and Skyline were suspended due to the strong wind, although the wind was light in the lower area around Usagidaira Terrace.
[Panorama Course] 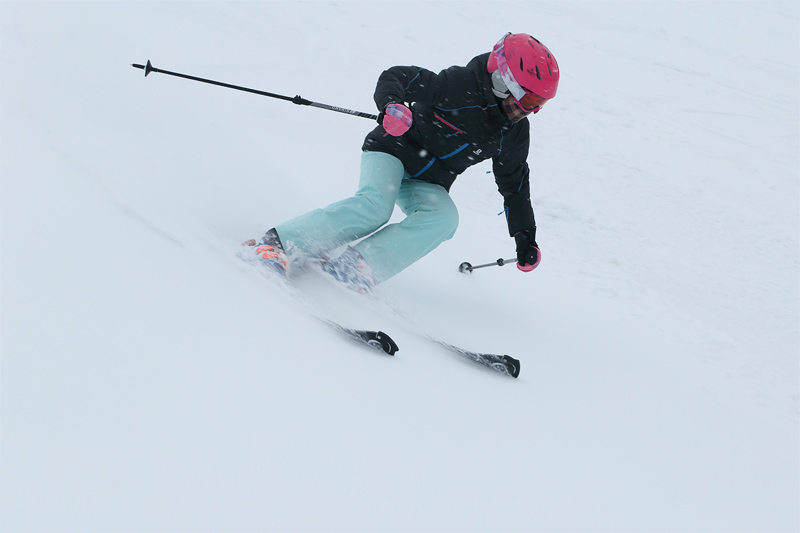 The groomed granular snow was hard. About 10 cm of fresh snow on the surface was lighter and softer than I had expected. “I always enjoy your reports. I’m coming with my father. Please take a photo of me skiing!”, a  girl coming from Matsumoto city, Nagano prefecture said (pictured).
[Panorama Course] 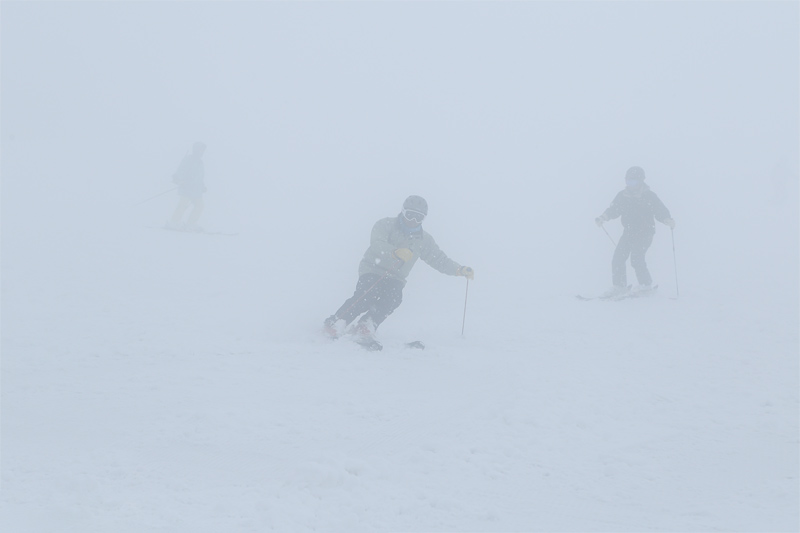 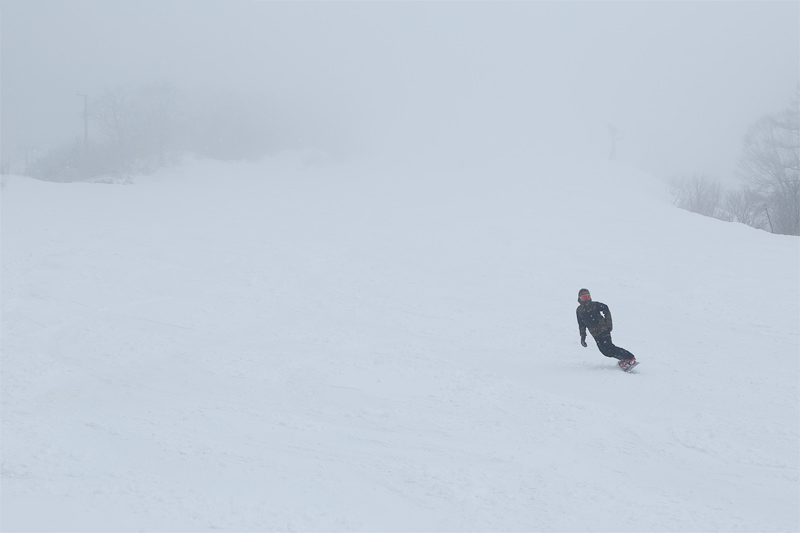 The clouds around me cleared when I reached the lower area of Riesen. There were some non-groomed bumps and bushes in Usuba Slope. However, I enjoyed skiing down to Riesen Quad Station. By the way, Hakuba Happo One Ski and Snowboard School was closed yesterday, on April 1 (Wed).