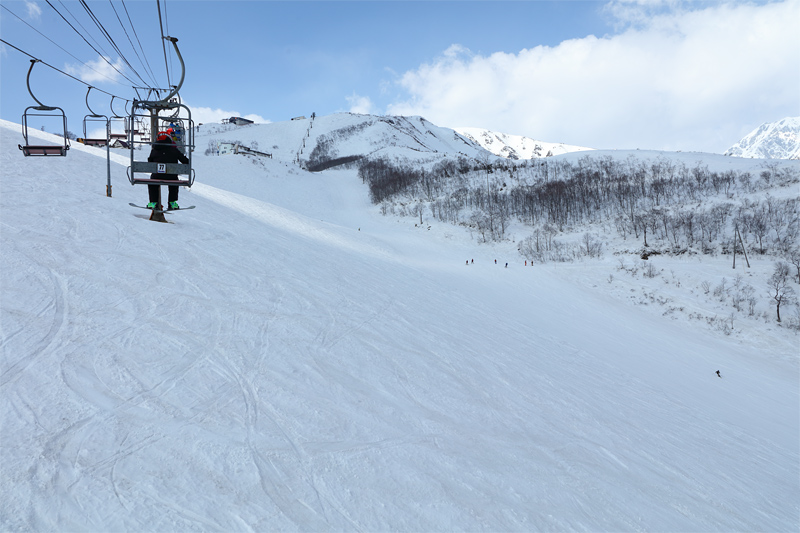 You can ski on Skyline Course only today and tomorrow. There is plenty of snow and no soil or bush is found in the non-groomed snow area as well as the central area where the snow is groomed. This morning, the shade was long under the sunny weather with lots of clouds.
[Skyline Course] 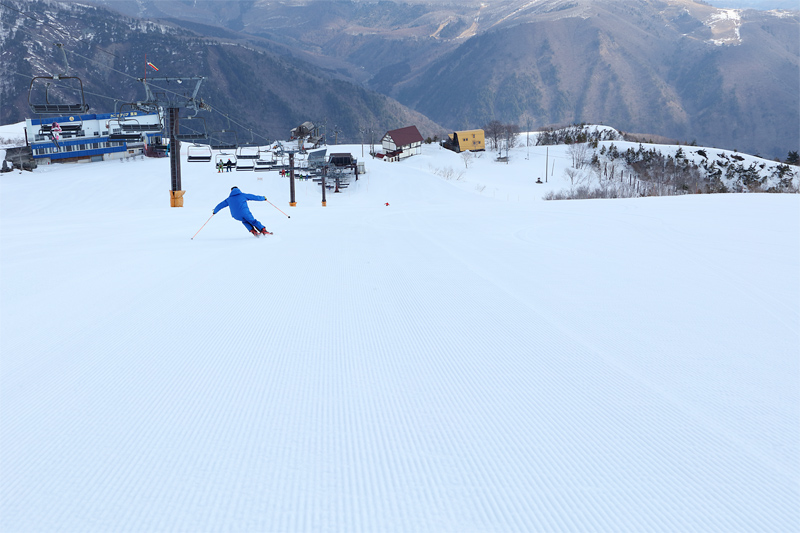 The best condition in the morning was the flat-groomed Kurobishi slope where snow is nicely firm! The groomed route of Usagidaira Slope was almost the same, but it began to loosen early due to the east faced slope, and at around 9:30 a.m., the middle and late stages were crunchy.
[Kurobishi Slope] 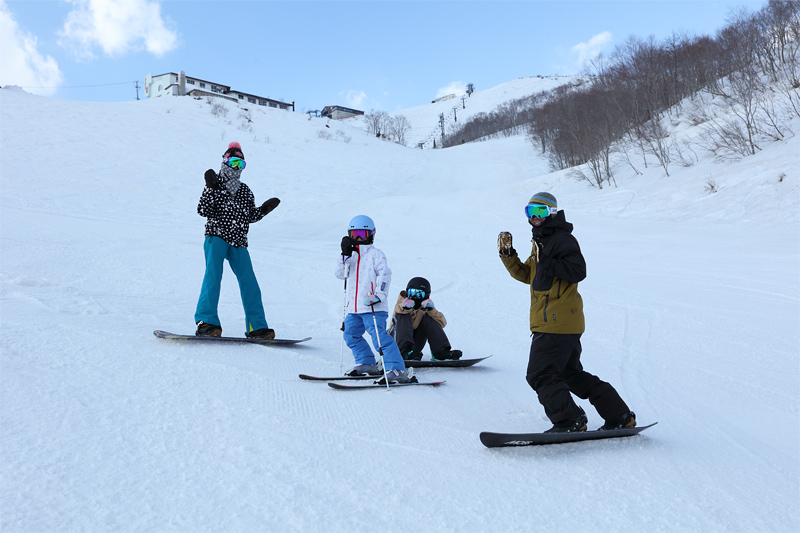 A father from Matsumoto City, Nagano Prefecture, said, “We always enjoy your report! Today is the birthday of my daughter (second from left) who will be a third grader. I will buy a cake in Hakuba and go home.” (Happy Birthday!). In the groomed part of Skyline, there was a loose layer on the nicely firm snow, and the edge bit the snow well.
[Skyline Course] 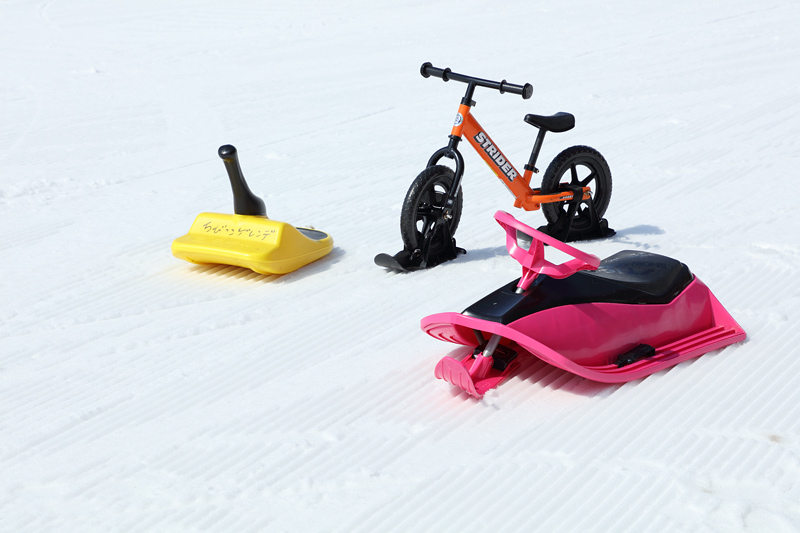 “Usagidaira Kids Park” opened on the south side of Usagidaira Terrace from 10 a.m. today, April 4. The inside of the park surrounded by the net is groomed like the usual course, and the sleds ran smoothly. In addition to free entry, you can also use snow runners, snow striders, play equipment for snow play, etc. free of charge.
[Usagidaira slope]