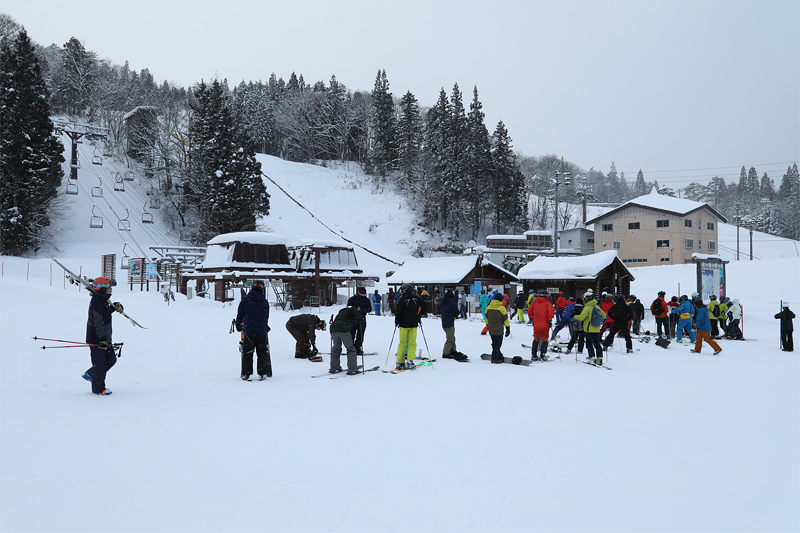 It was blowing a strong wind raising snow even in the village this morning, so I changed my mind and went to Nakiyama (Photo). No.3 Triple was open with a 10 minutes delay from the schedule. I went up to Usagidaira by using that lift and Happo Riesen Quad after that. The wind was even colder in the upper areas and our visibility sometimes got very poor because of the snow raised up by a gale.
[Nakiyama] 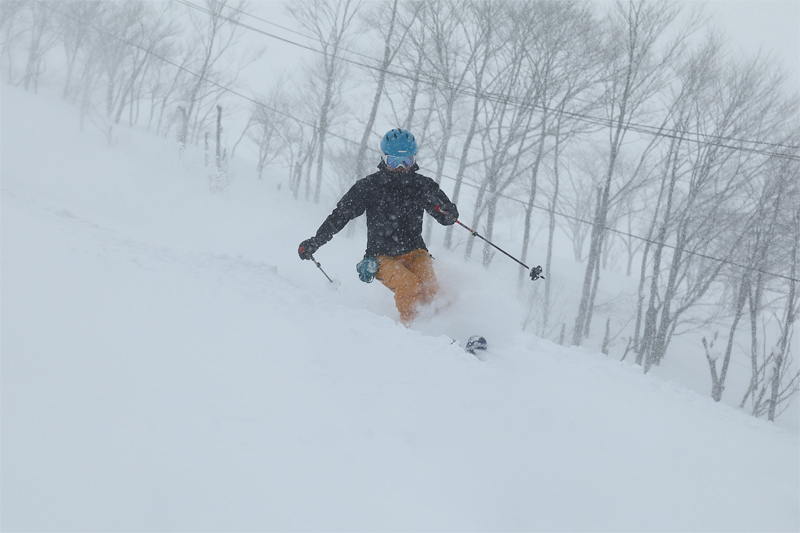 In Riesen Slalom Course, there was 40cm fresh snow in the off-piste area (Photo) on the skier’s left side! It was packed by the strong wind a little bit, but we could enjoy its soft feel. The upper part of the groomed slope was nicely firm and the bottom part was very firm, so they were in good condition.
[Riesen Slalom Course] 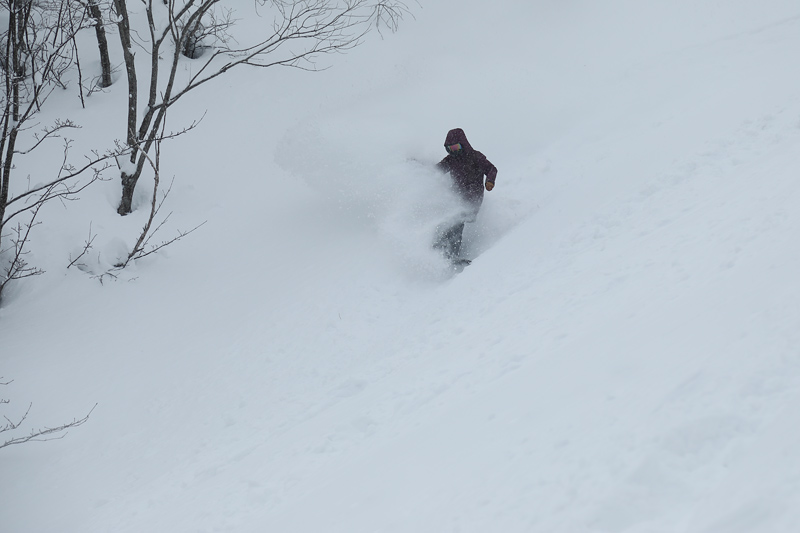 Panorama Course was also good for cruising comfortably with its nicely firm groomed slope topped with 3-5cm fresh snow. In the off-piste slope of Central Course (Photo), there was 30-40cm deep fluffy snow. This was also a little packed, but the feeling of floating on the snow was so exciting.
[Central Course] 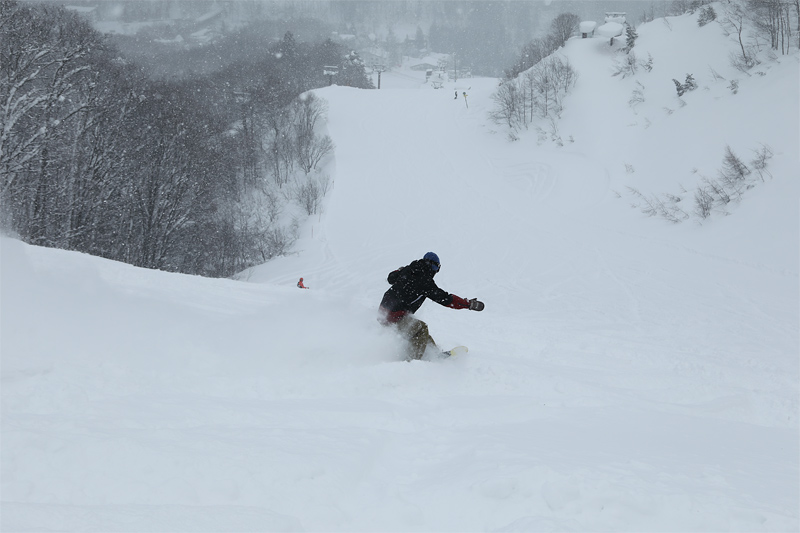 There was also a groomed part with a width of 1 piste crawler in Central Course and it was nicely soft, covered with 2-3cm fresh snow. The groomed slopes of Shirakaba and Nakiyama were also topped with thin fresh snow and nicely soft. The wind kept blowing strongly after that, so Happo Riesen Quad was closed at around 9:45 a.m.
[Central Course]