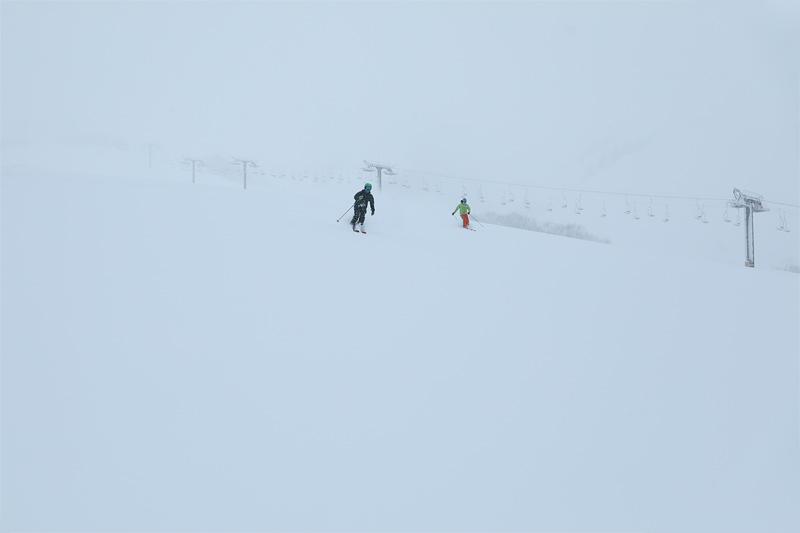 Mother nature has been busy this week, dropping about 30cm of fresh snow at the top of the resort on 2/16 (Tue.), roughly 50cm on 2/17 (Wed.) and another nearly 60cm today, 2/18 (Thurs.)! A member of the Ski Patrol informed me this morning that the Alpen Quad would be delayed due to large-scale snow removal as the chairlift was now dangerously close to the snow surface in some areas. He recommended I head over to the Central Course instead.
[Panorama Course] 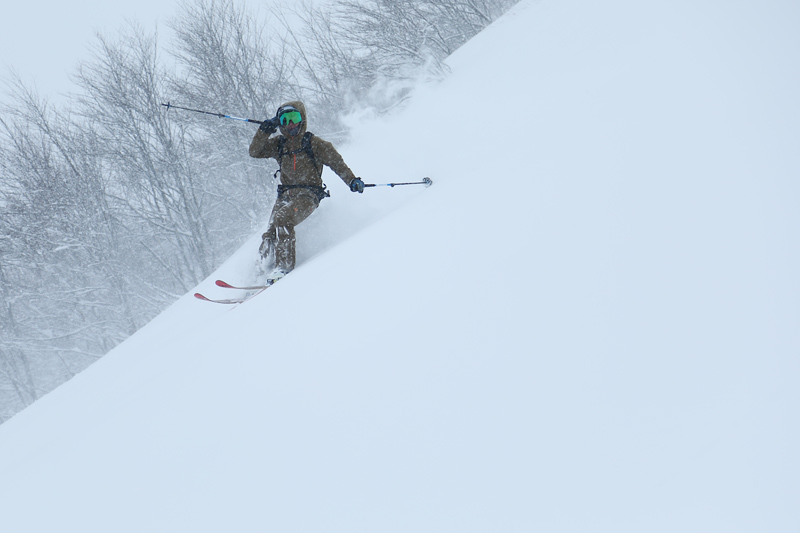 Without hesitation I headed for the Central Course (pictured) via the Panorama Course, where 5cm of fluffy fresh powder thinly covered the well-groomed surface. Waiting for me there was between 40 to 45cm of soft, new snow. The buried surface of the slope at the top of the course (pictured) is relatively flat and uniform, but even in the large mogul area starting around the middle of the slope I was able to stay afloat on fresh pow without bottoming out on any of the sub-surface bumps!
[Central Course]

Next I headed back to the top of the gondola and rode the Olympic Course II (pictured) down towards the resort base. Here too was some 40cm of light, feathery powder gracing the steep, ungroomed slope! The weak but cold north winds continued to blow and carry with them a strong, steady fall of light, dry flakes.
[Olympic Course II] 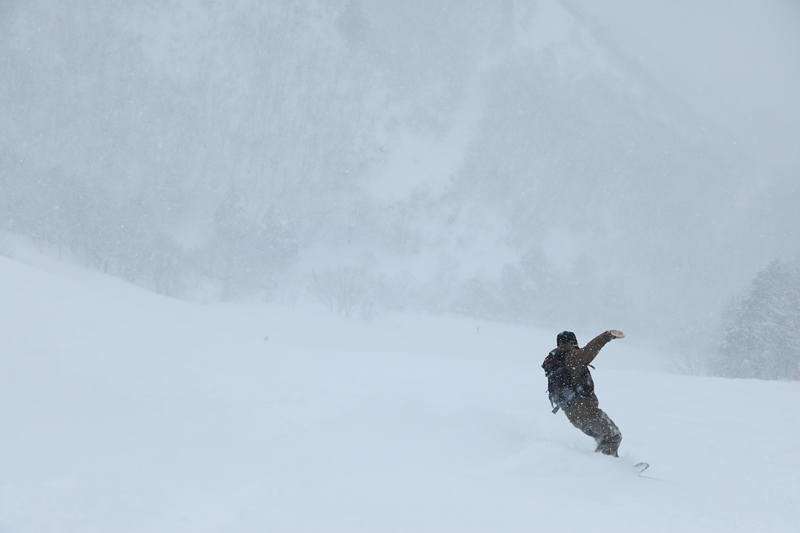 On the second half of the Olympic Course II (a.k.a. “Sakka Wave”) as well as on the Shirakaba Slope, a covering of 5 to 10cm of new snow on top of the groomers made for smooth sliding conditions. Back at the foot of the mountain, there was about a 10 minute wait for the gondola around 9:00 a.m., most likely due in part to the Alpen Quad and Skyline No. 2 Pair not yet operating.
[Olympic Course II]