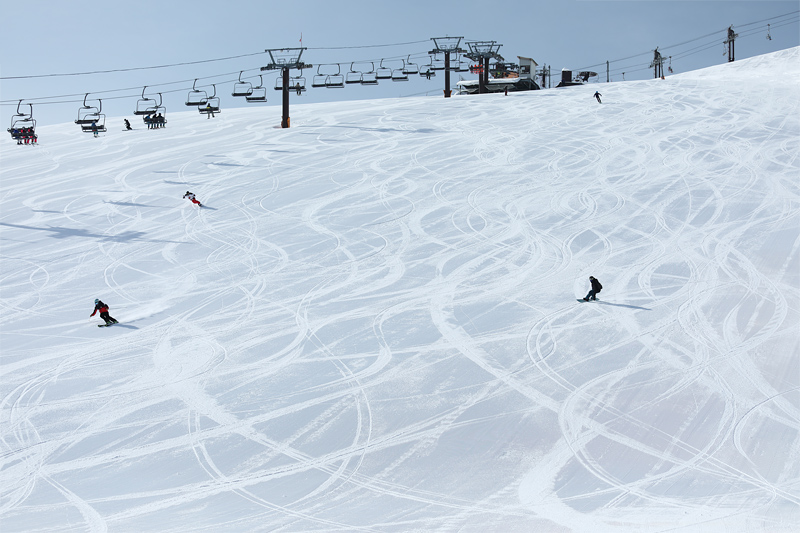 As of today, 3/1 (Mon.), children can ski for 1,000 with the Spring Ski 1-day lift ticket!The Spring Ski discount for adults will be offered starting on on 3/20 (Sat. / Holiday). This morning not only was the sun shining pleasantly through the thin clouds, but also the emergency declaration was officially lifted for 6 of the previously declared prefectures.Possibly because of this, customers began arriving to the resort early today.
[Kurobishi] 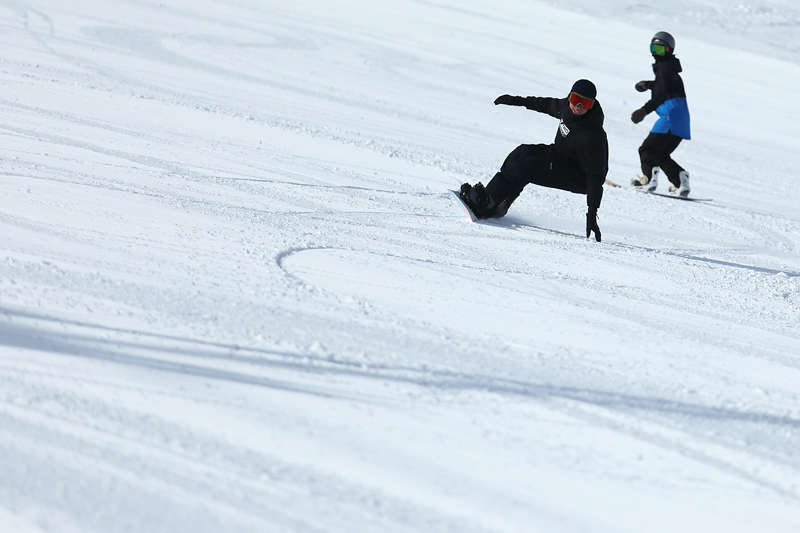 Conditions along the groomed area paralleling the Kurobishi No. 2 Quad (pictures 1 & 2) were great, with the moderately firm wet snow shaped into exquisite rows of corduroy! With those excellent early morning conditions a number of skiers and boarders could be seen using the Kurobishi No. 2 Quad to run swift laps of the area on repeat.Over on Usagidiara, the firm groomed surface was a mix of wet snow with coarse granular snow.
[Kurobishi] 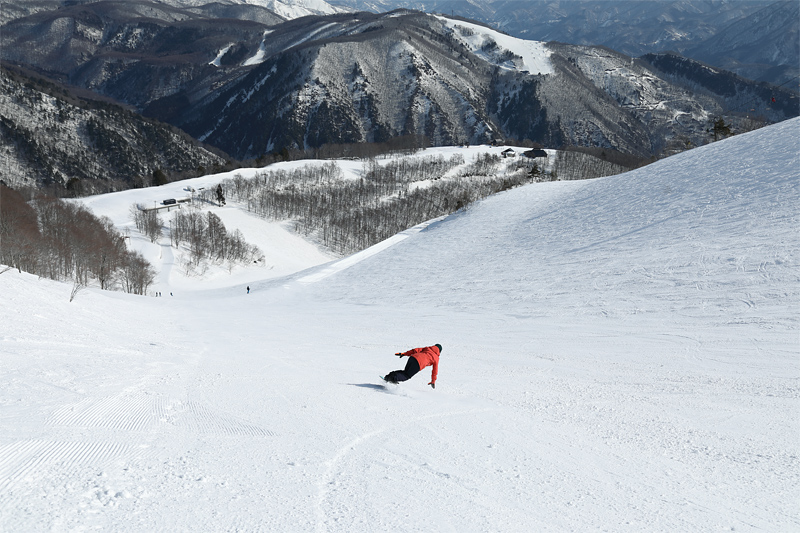 The top of the Skyline Course (pictured) featured similar conditions to the Kurobishi No. 2 Quad area, while the middle to lower portions of the run were groomed slightly firmer and composed of snow of a more granular quality. The runs paralleling the Alpen Quad and the Kurobishi No. 3 Pair, as well as the ungroomed portion of Skyline were characterized by hard, bumpy conditions.
[Skyline Course] 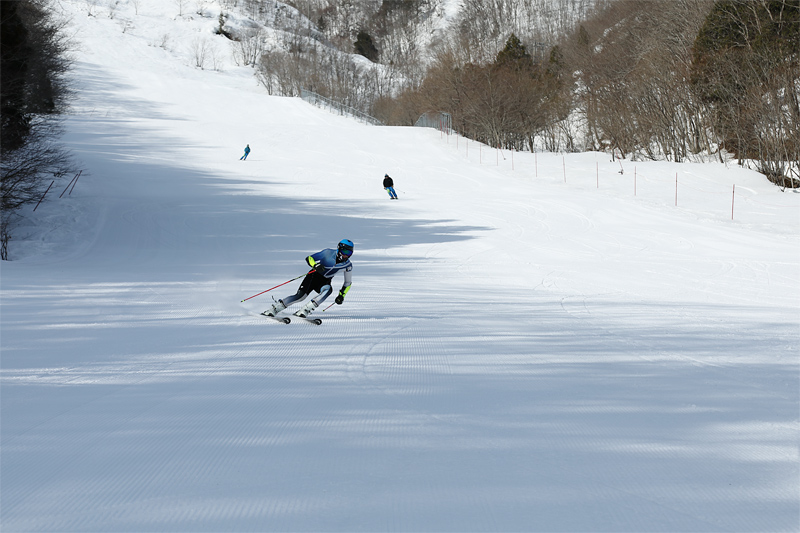