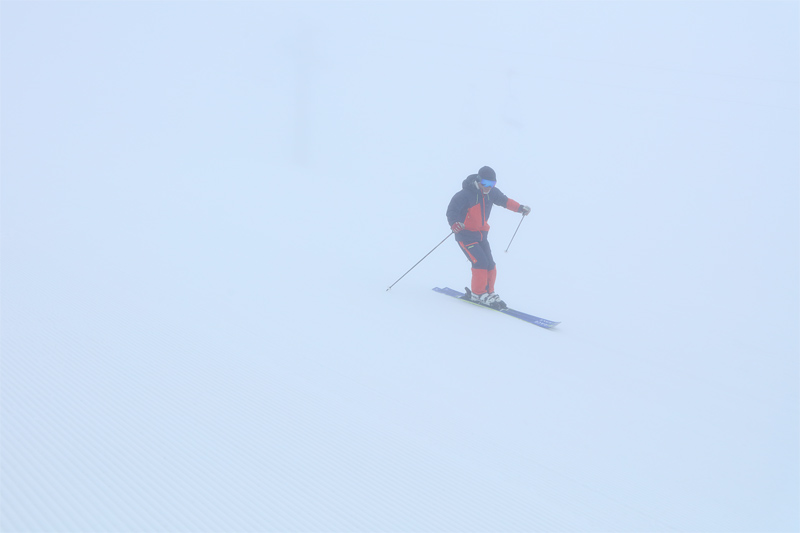 While both Riesen and Nakiyama closed for the season yesterday, it was announced that the Skyline Course will stay open for the time being! As of today, the only areas that remain open at Happo are: Grat, Usagidaira, Kurobishi (including Urakuro), Panorama and Skyline. A thick fog enveloped the mountain, and it was a chilly morning – with the temperatures dropping below freezing for the first time in a while.
[Usagidaira Slope] 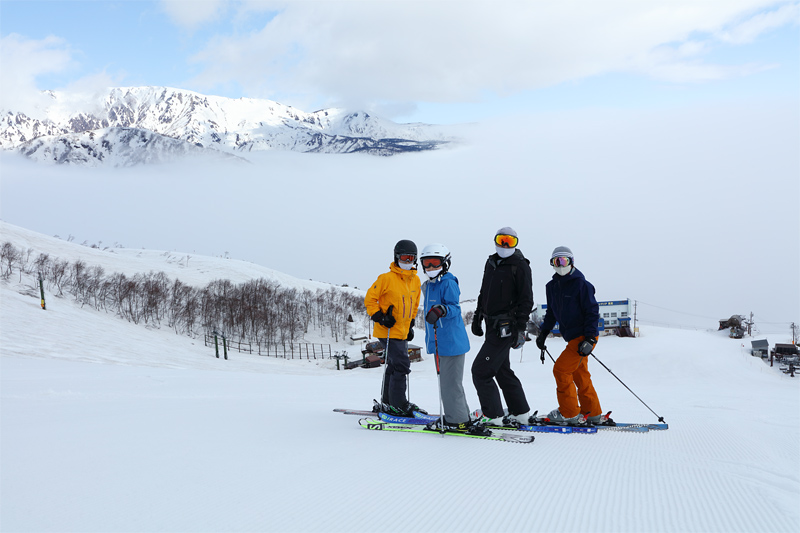 I caught up with a family visiting from Shiga Prefecture (pictured) who greeted me with the familiar, “We love your site!” They went on to say, “We came out to Hakuba on Friday for 2 nights to ski with our children who are on spring vacation. We were lucky to catch a view of the sea of clouds from the Riesen Grat.” The snow throughout the resort was spring corn snow, but while the surface of the groomed Usagidaira Slope was nicely firm starting out, the area alongside the Kurobishi No. 2 Quad was moderately soft.
[Kurobishi Slope] 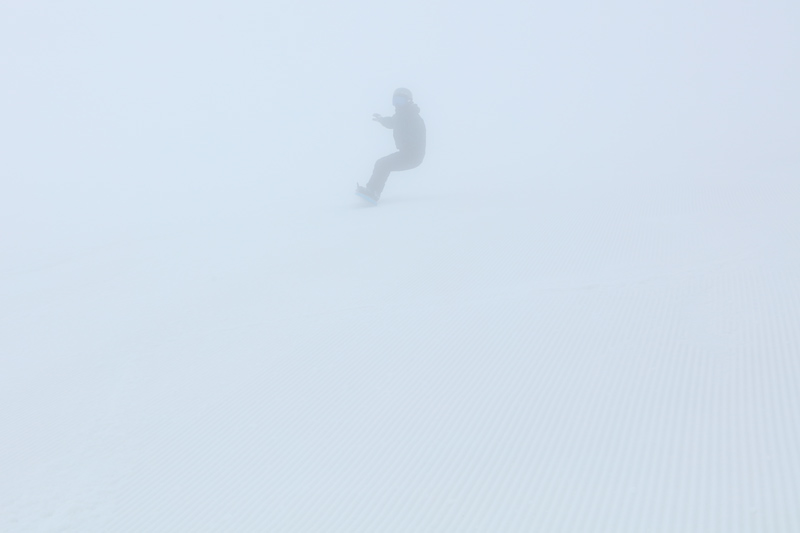 The thick morning fog dissipated temporarily around 8:30 a.m., only to reappear shortly after. In other news, Happo’s Spring Festival 2021 will be held on the Usagidaira Terrace starting at 11:00 a.m. on 4/11 (Sun.), and events will include a talk show featuring Japanese national team skiers Aiko Uemura and Kokone Kondo as well as a prize drawing, janken (rock-paper-scissors) tournament and more!
[Kurobishi Slope] 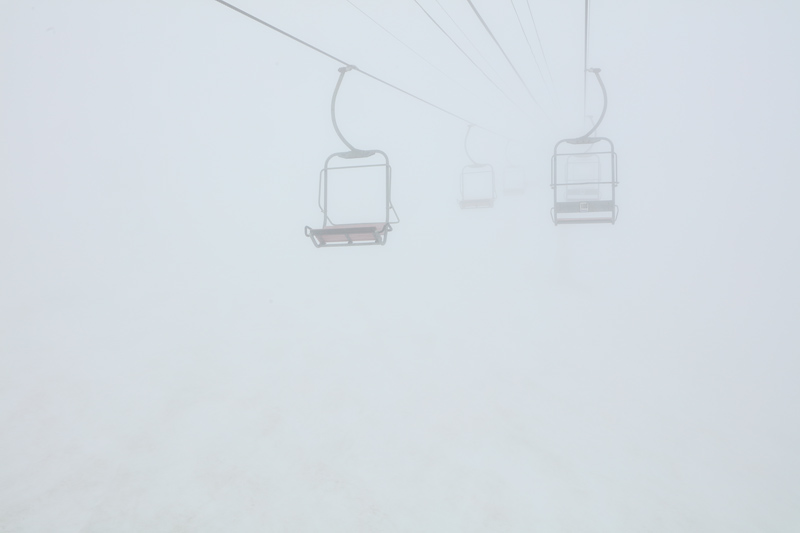 The remaining lifts are all currently scheduled to operate until 5/5, though the Skyline No. 2 Pair (pictured) may need to close earlier depending on snow conditions. It was soft spring snow on the groomed central portion of the Skyline Course. There were few people out on the mountain, and it almost felt as if I were skiing on my own private slope.
[Skyline Course]