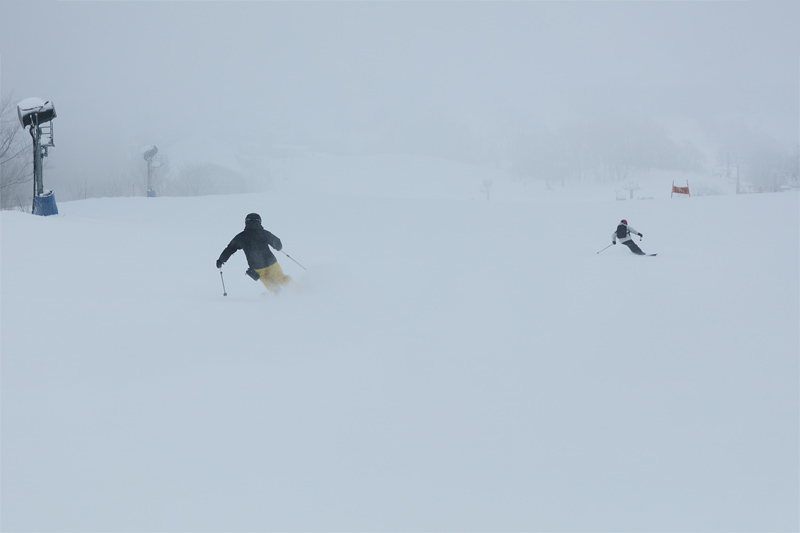 Due to thick fog blanketing the mid to upper portions of the ski resort, operation of the Alpen Quad, Kurobishi No. 2 Quad and Grat Quad lifts was suspended this morning. With that being the case, a large amount of customers headed to the Riesen Slalom Course (pictured) straight away. I found myself trying to be cautious, but ultimately getting too much speed on the hard, groomed surface with around 2cm of new snow. 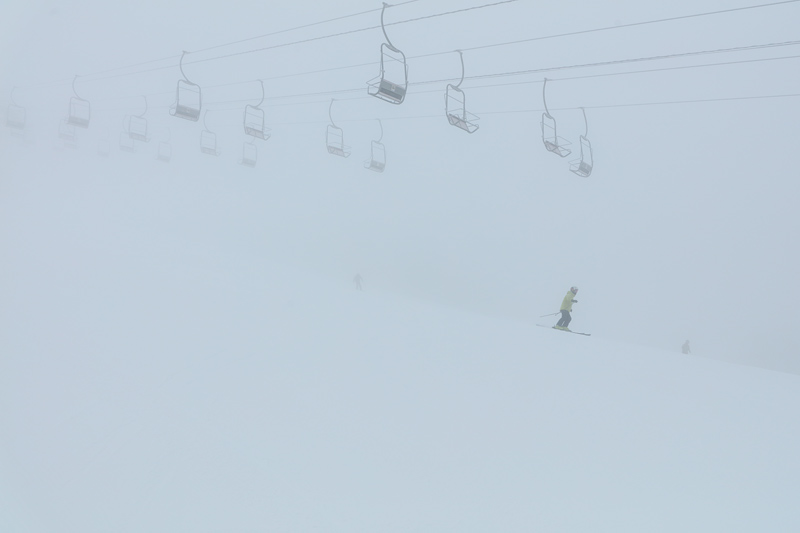 Thick fog also persisted from the top to middle part of the Panorama Course (pictured), with visibility clearing as I descended below the cloud around the steep slope at the end of Panorama. I enjoyed the feeling of the 2cm of fresh, powdery snow that topped off the firm, groomed slope surface.. 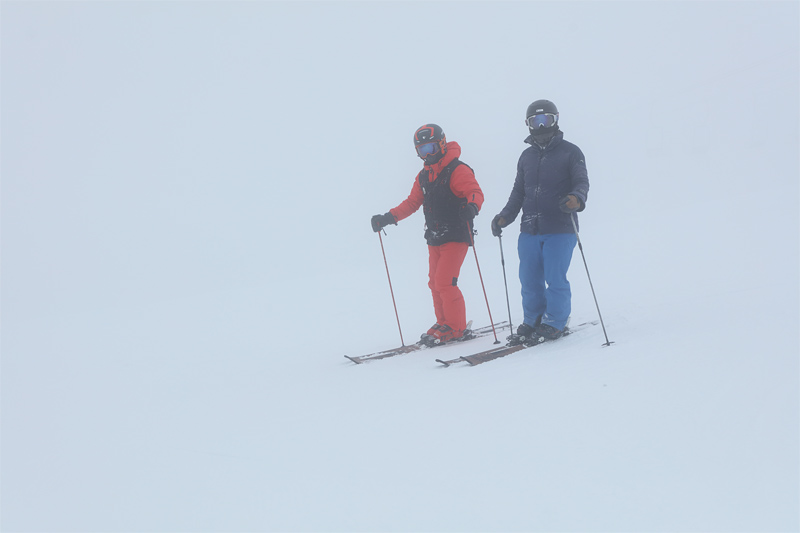 I spoke with 2 skiers from Osaka and Kangawa, shared their frustration at the foggy conditons. They continued, saying they loved our site, and mentioned that they had originally met while staying at the same accommodation and now come out almost weekly for skiing. The skier from Osaka (pictured, right) told me that he had a Hakuba Valley season pass, and that because of the poor visibility they were going to head to Nakiyama and do laps using the No. 3 Triple.

The hard, groomed surface of the Olympic Course II (pictured) was also covered in dusting of 1 to 2cm of new snow. However, by around 9:30, the surface was covered in a thin layer of snow shaved off the top from ski edges, which noticeably softened things up. Conditions were good for making smooth turns on Sakka, where the groomed surface was of a moderately firm hardness.