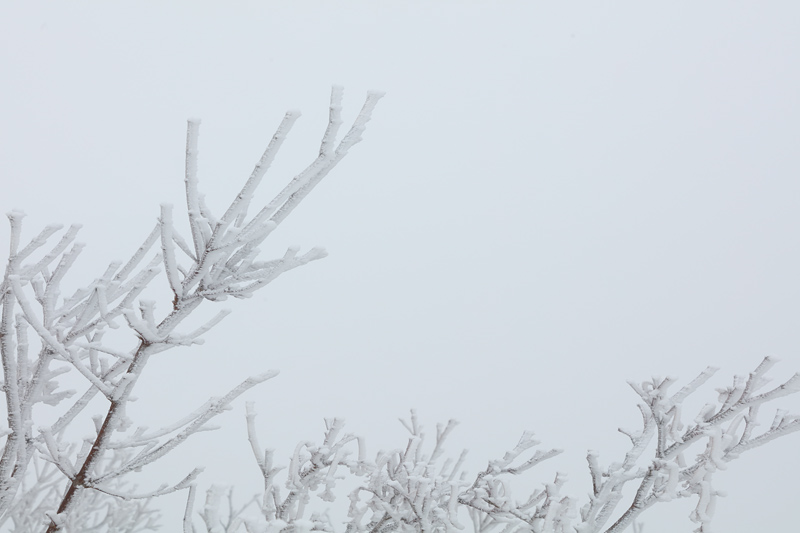 With the snowmelt continuing at an extremely rapid pace, the Skyline Course was forced to close on 4/26, followed by the Panorama Course, which closed yesterday. That means only 3 areas currently remain open: Usagidaira, Kurobishi (+ Urakuro), and Grat. The low temperatures that settled in yesterday afternoon, combined with the small amount of snowfall overnight left the trees at the top of the resort covered in frost (pictured). The weather at the top of the mountain this morning was characterized by thick fog and chilly air. 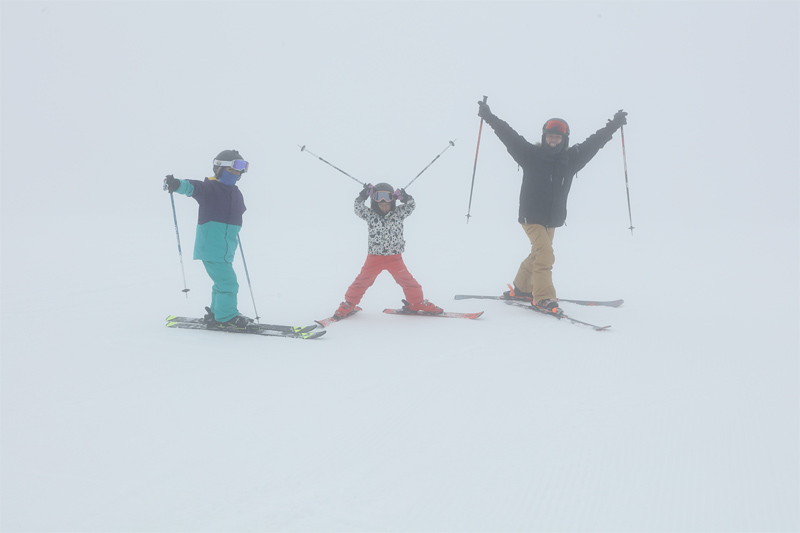 I was greeted by the father of a family from Kagawa Prefecture (pictured), who said, “We love your site! It’s great that there’s still so much snow during Golden Week.”I also spoke with a man from Tokushima Prefecture who told me, “I always use your site! It’s about 600km one way, but I’m out here almost every week for skiing. It actually feels like I’m commuting from Happo to Tokushima for work. Haha.” 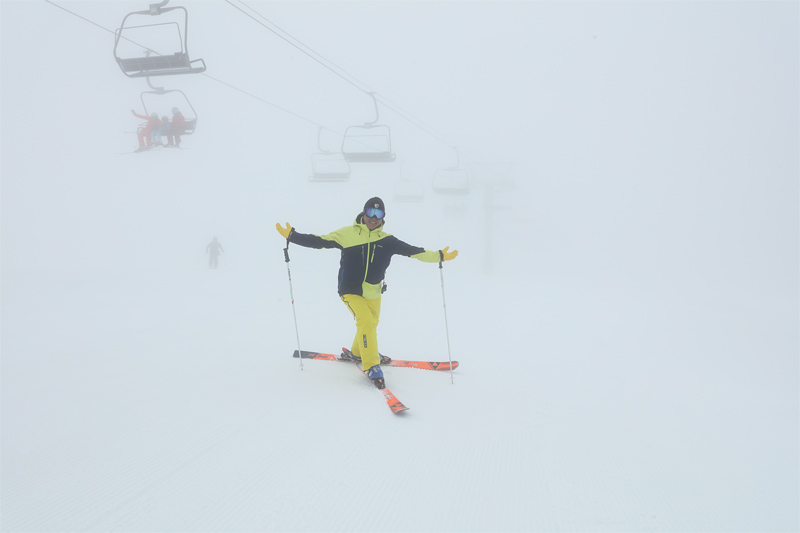 Later on, a gentleman from Hyogo Prefecture (pictured) thanked me for my work on Happo’s resort reports. He went on to say that he limited his skiing during February and March due to the pandemic, and that this was his final day of the season. Conditions were great by the way on Usagidaira and Kurobishi, with their firmly-groomed snow surfaces! 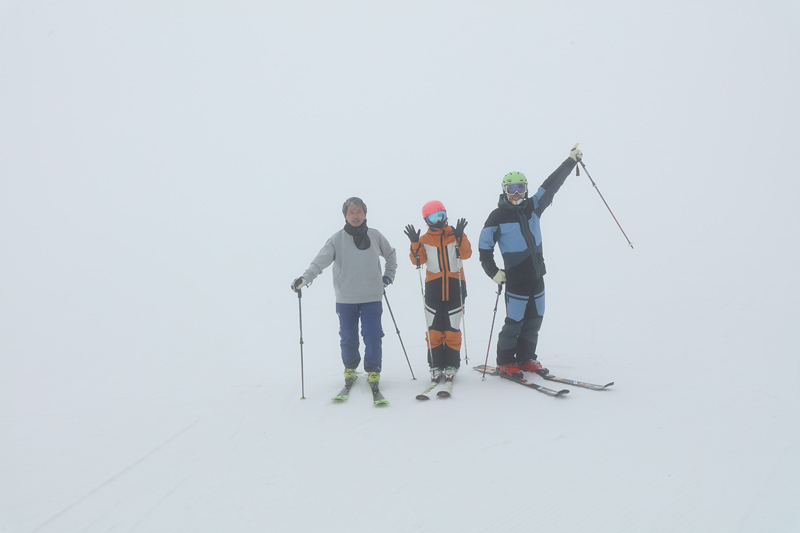 A group of three from Tokyo, Aichi and Hyogo (pictured) called out to me, “We love Snownavi! The well-packed snow today is great. Visibility is poor though, so we are being careful. We’re going to practice on the moguls in a little bit.” In other news, the gondola is open from 7:30 during the period from 4/30 (Sat.) to 5/5 (Thurs.). (※The Kokusai No. 1 Pair is not in operation. This means that the gondola is the only way to access the skiable upper slopes, and congestion may occur when riding the gondola down to the base area. The Kurobishi No. 3 Pair is open until 5/5 (Thurs.).