We have less snow this year than usual. Five courses on the mountainside, including South (pictured), East, North, VIEW C and VIEW D, were open today. It was a beautiful day. People arrived relatively late, although it was a weekend.
[South] 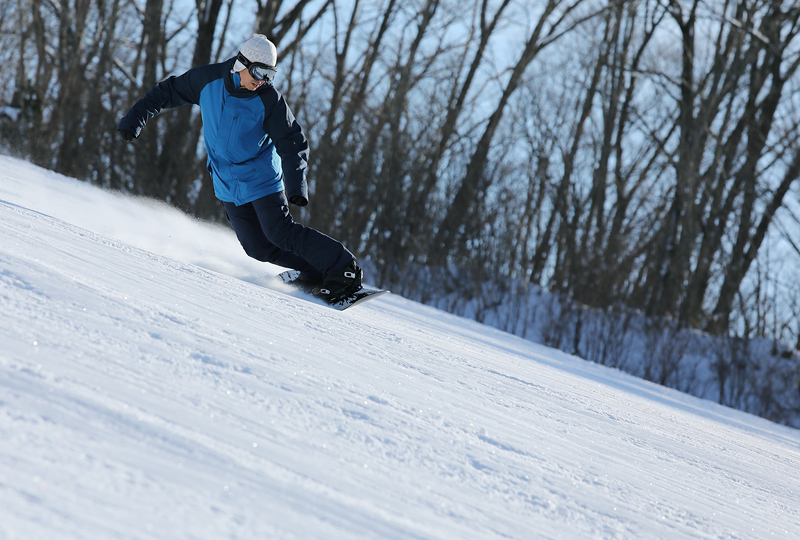 The snow was groomed as wide as a pisten bully in the top part of South Slope, which had undulating. Meanwhile, the groomed area was wide with no bushes in the middle part, although I was worried the groomed area would be narrow. The snow was wet but nice. I enjoyed sliding down fast while enjoying the view.
[South] 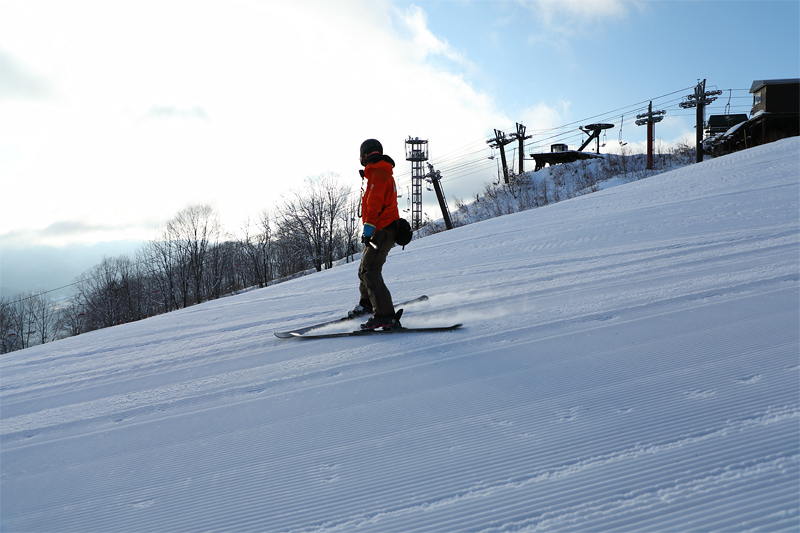 The snow was thoroughly groomed on the East, which opened first in Iwatake. There were few people and I enjoyed making long and short turns. It’s “Ski Children’s Day” today as it’s the third Sunday. Elementary school children can use lifts for free (※Always free of charge for pre-school children.)
[South] 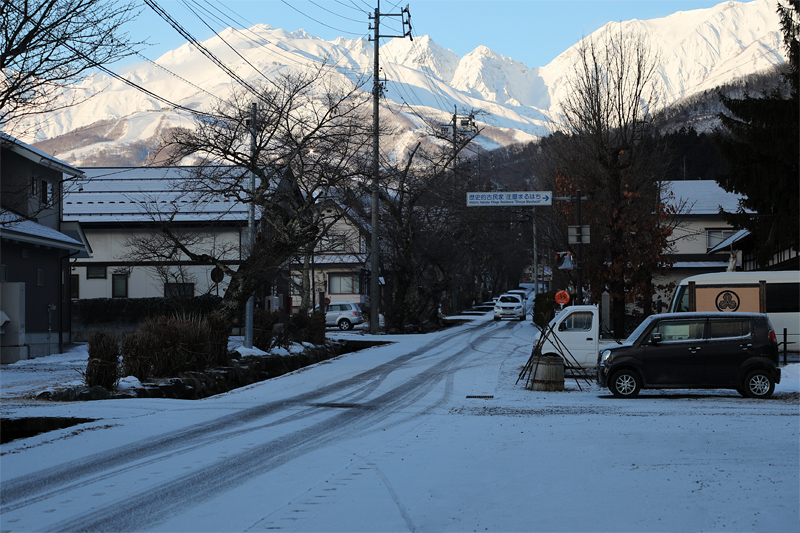 By the way, “Hakua Iwatake ~Winter Festival~” will be held in Kirikubo Suwa Shrine on January 23 (Thu) and on Shinded Ryokan (Inn) Street (pictured) on January 30 (Thu) from 6 p.m. to 9 p.m. You can enjoy illumination and Japanese winter atmosphere. There will be stalls and shuttle bus service, too.
[Shinden Ryokan Street]