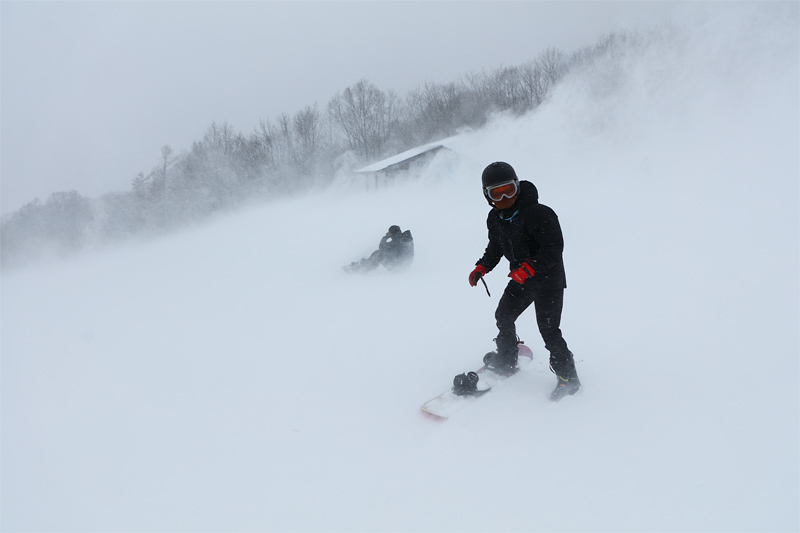 This season Jiigatake has been blessed with abundant snowfall, and was able to open as planned on the originally scheduled season opening date of 12/19 (Sat.).The base quickly crossed over the 100cm mark and currently the resort’s runs and lifts are fully operational.Today around 10:30 a.m., the resort was hit with an intermittent snowstorm, and in less than 30 minutes my fingers were feeling the pain from the cold.
[Echo] 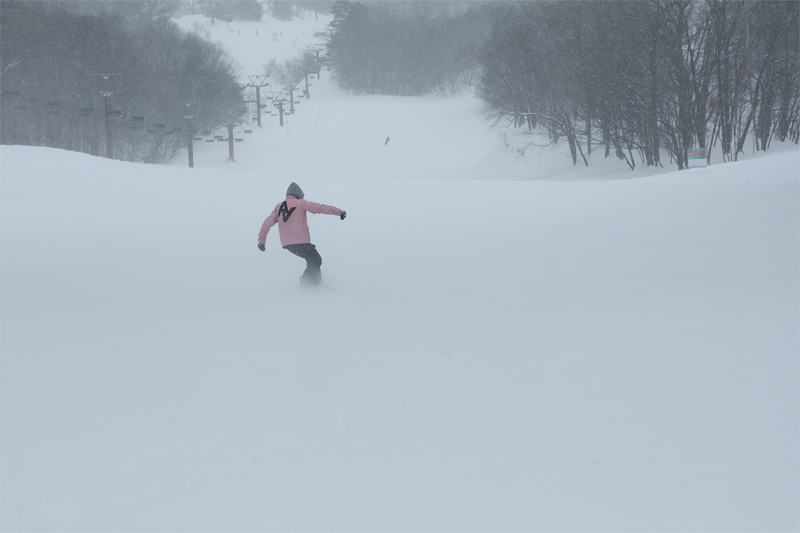 Due to the storm the No. 3 Pair Lift was forced to run at a reduced speed, and skiers on the Raicho and Kamoshika Courses were few and far between.The conditions on both courses were good for gaining speed on the well-groomed, coarse granular snow.A thin covering of fresh snow was beginning to accumulate across the entirety of the Raicho Course (pictured), which softened things up nicely and made the conditions even better.
[Raicho] 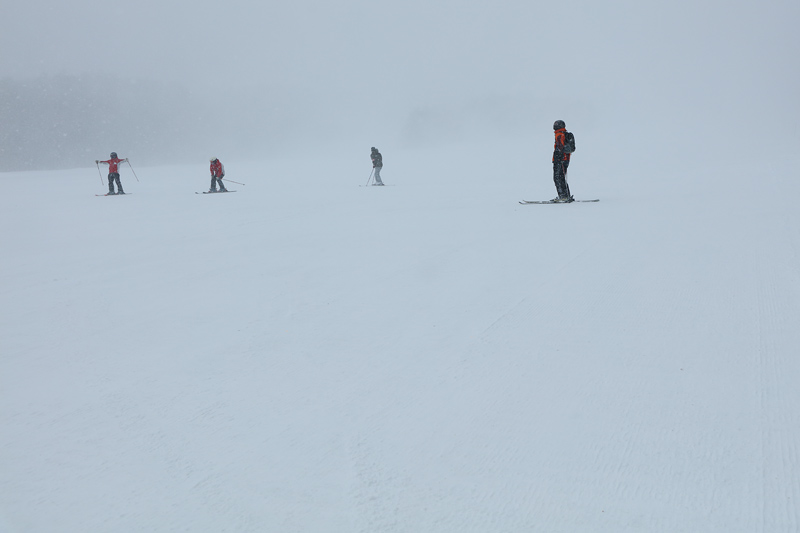 The wide and gently sloping Echo Slope also featured a tightly-packed, groomed, granular snow surface.With that said, the conditions of the slope today were of less concern than the problem presented by the blizzard-like conditions.The weather certainly had something to do with the concentration of skiers and boarders being highest on the Echo Slope.
[Echo] 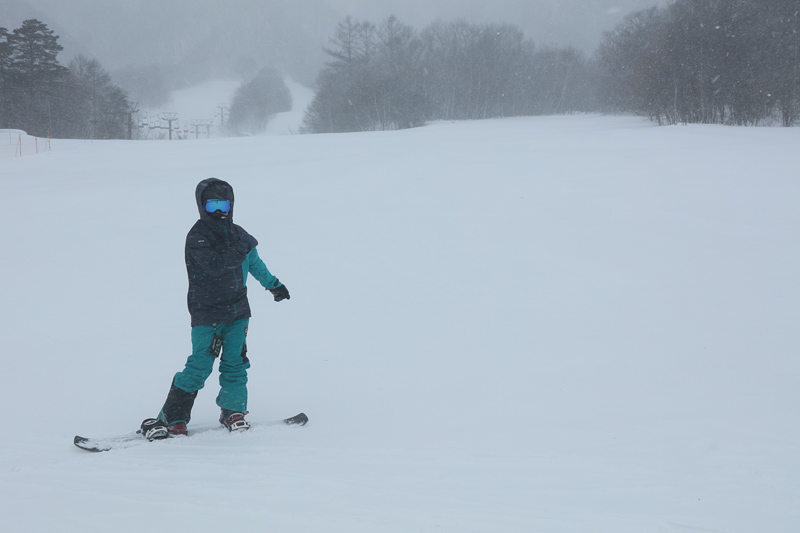 “I love your site,” said a man from Shizuoka. “I’ve been coming here to Jiigatake ever since I was a beginner. The snow is great, and it’s a lot of fun.”By the way, the Kids` Park was given a refresh for the current seson.It’s one of the largest in Japan now with a length of 95m and a width of 55m, and the entrance fee of 500 yen includes unlimited rides on the “Troika” carriage that pulls kids to the top of the park slope.
[Raicho]