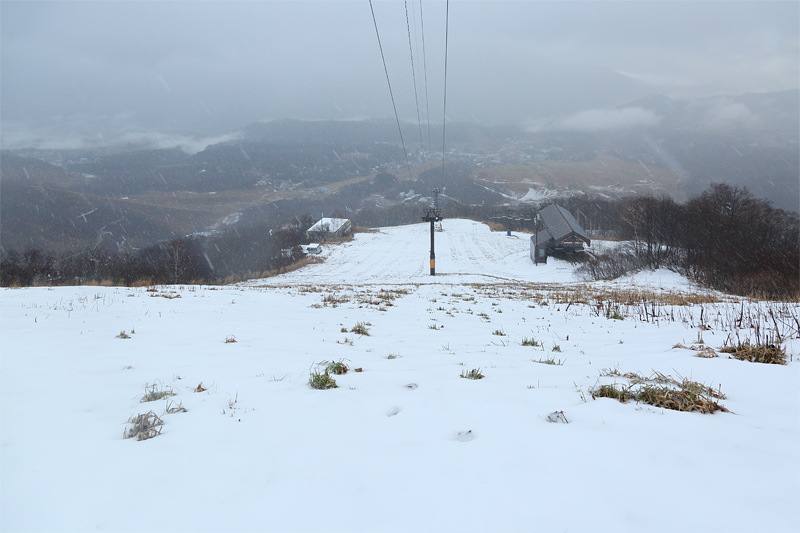 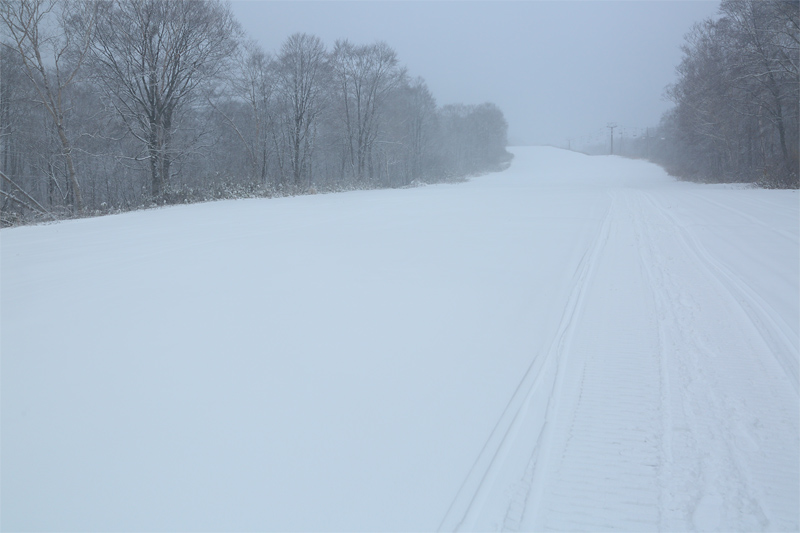 Furthermore,when the altitude was raised and along the Hannoki High Speed Pair Lift,the north wind and snowfall became stronger. When I walked on the barn where the bushes and stones have disappeared due to the pressure of snow,I will hear a squeak. “The artificial snowfall is also in operation here,”the staff told me.
[Hannoki Slope] 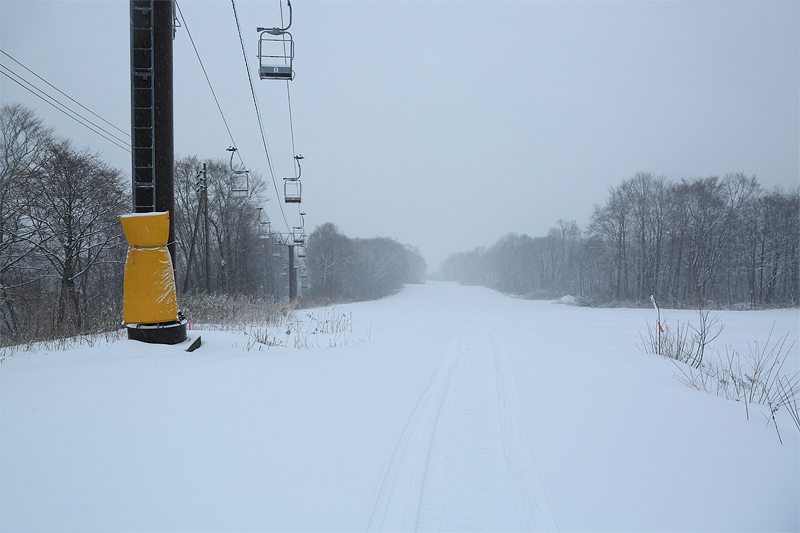 The snow on the top of the Hannoki slope (photo)is about 30cm where the snow was pressed. There is a depth of about 50cm on the side of the course where there is no snow pressed, and when I put my foot there,it was buried up to the knee.
[Hannoki Slope] 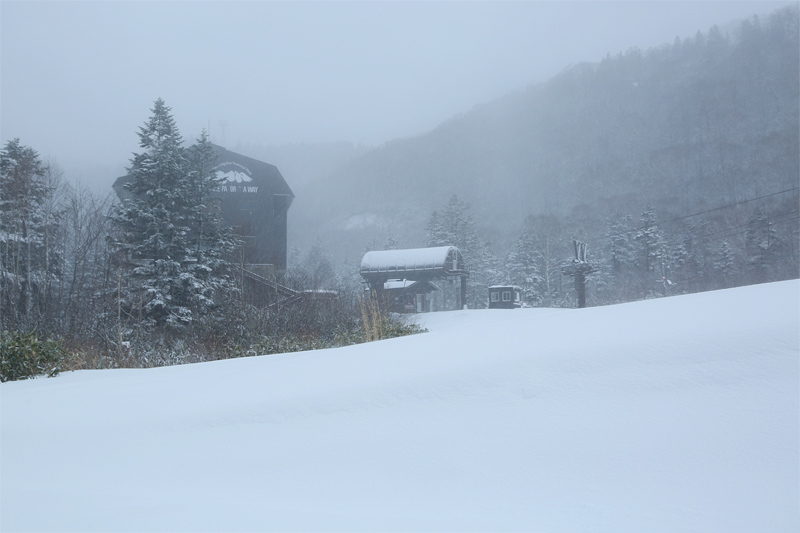 The snow forest slope where there was no pressure snow was wrapped in heavy fresh snow about 50cm. After this,work such as gondola inspection and trial operation began,creating a busy atmosphere. Depending on how snow is piled up today and tomorrow,the possibility of opening along the the Hannoki High Speed Pair on Dec 14(Sat) has increased.
[Tsuganomori Slope]