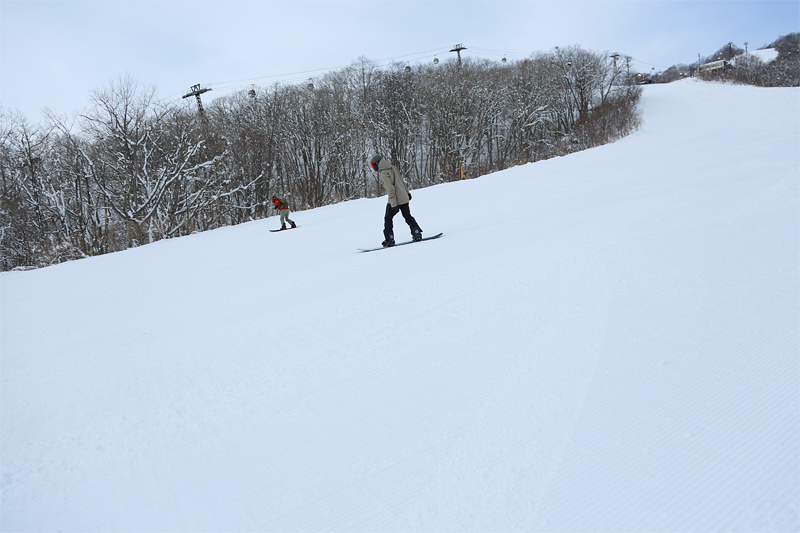 A soft sunlight cast on the slope through a thin layer of clouds. It was chilly with the temperature at -6 ℃ in the top area and -4℃ in the base area. I enjoyed carving turns on Shirakaba Slope, which was firmly compacted without bushes. 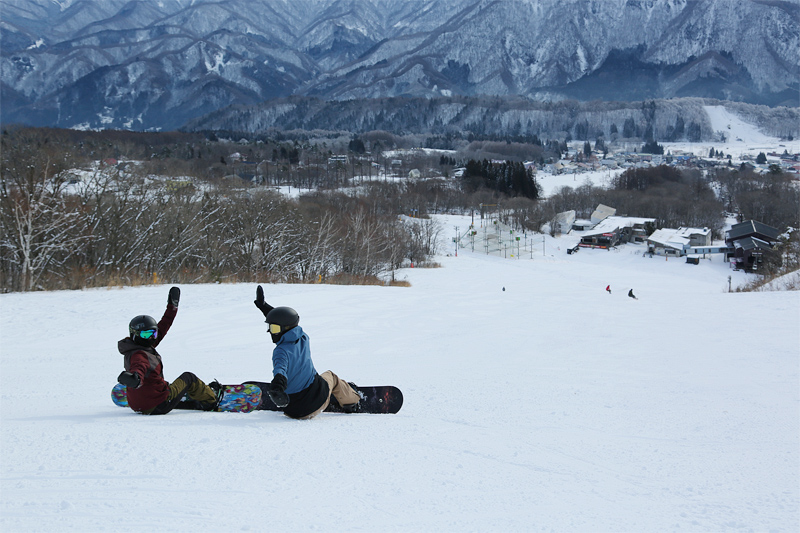 “We enjoy your reports! Great snow with not many people. It’s awesome.”, two snowboarders from Azumino, Nagano said. It was a weekday and there were not many visitors. Shirakaba Slope was nice to enjoy as most skiers/snowboarders headed for the upper slope, taking Gondola. 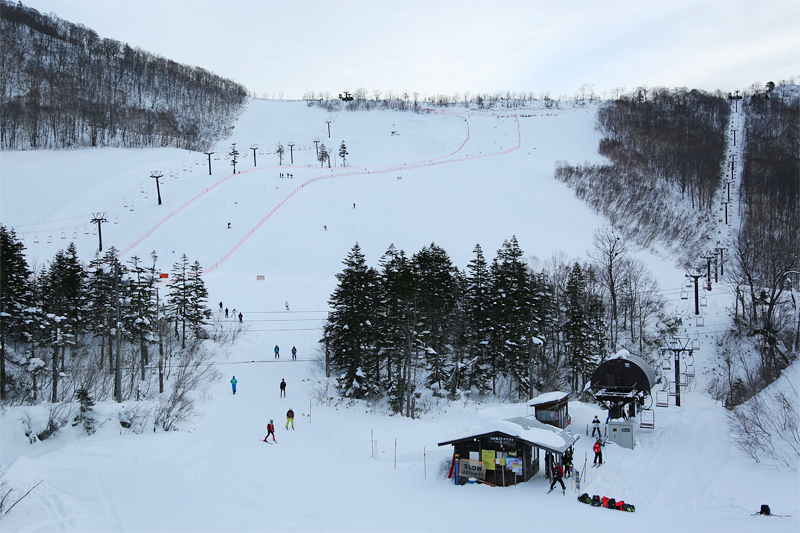 It was the fourth day of the “42nd Nagano Prefecture Ski Competition Week”. “Giant Slalom” competition (male and female) was held as part of Nagano High School Ski Tournament. Skiers were having warm-up exercises, while staff members were inspecting the course on Tsuga-no-mori Slope around 8 a.m. 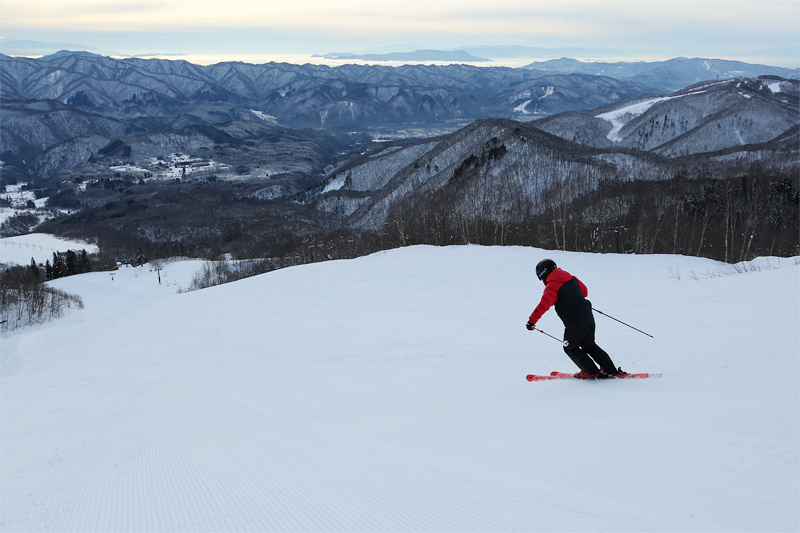 Hannoki Slope was hard compacted from top to the bottom. I saw some snowballs on trails but they were okay. Oyanohara Slope was firm, flat and crowded. By the way, Jan, 19 (Sun) is “Ski Children’s Day”!
[Hannoki Slope]
[Availability Information for Jan. 17]