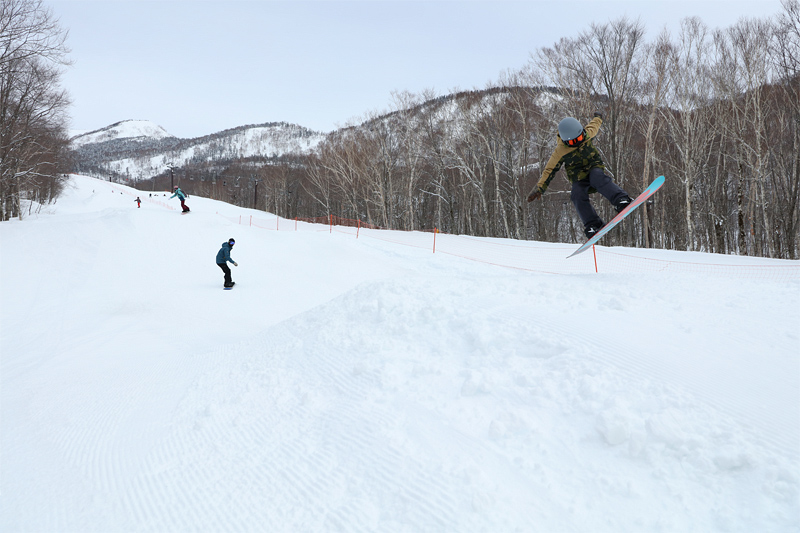 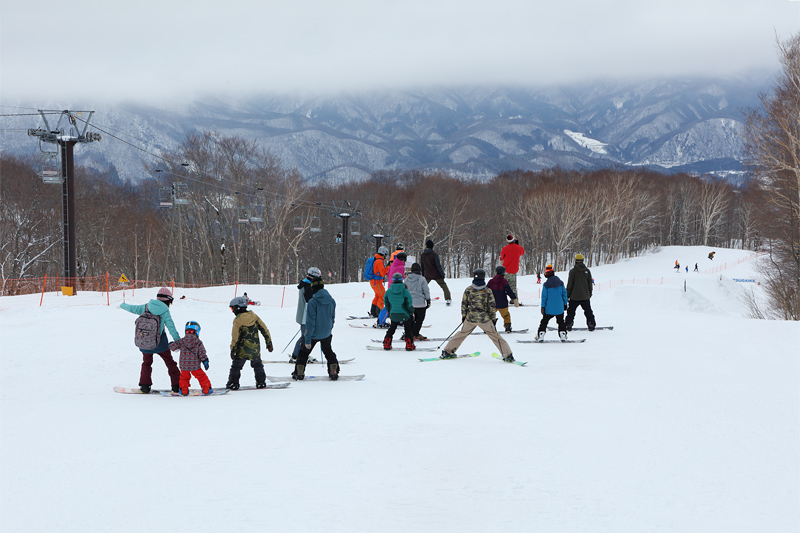 It is the final week of March ahead of the start of a new term. There were more people in the slope, especially around five kickers, than I had expected. I sometimes saw people waiting in a line in the starting area as if it was a weekend (pictured).
[Han-no-ki Slope] 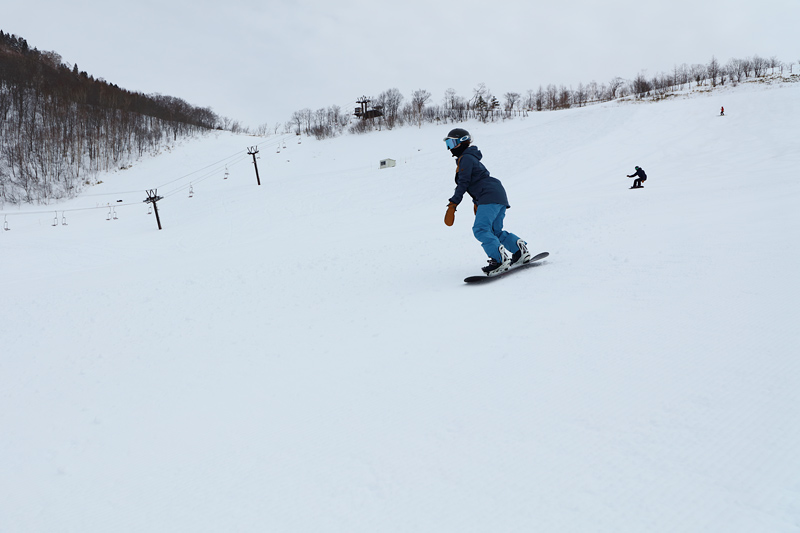 The snow in Tsuga-no-mori Slope was firmer than that in the area along Hannoki High-Speed Pair Lift. The groomed snow remained smooth even after many people went down. For your information, you can take a rest and grab some food or drink not only in “JACKY’S Kitchen” but also in “Konayuki Cafe” inside Snow Square until March 31 (Tue).
[Tsuga-no-mori Slope] 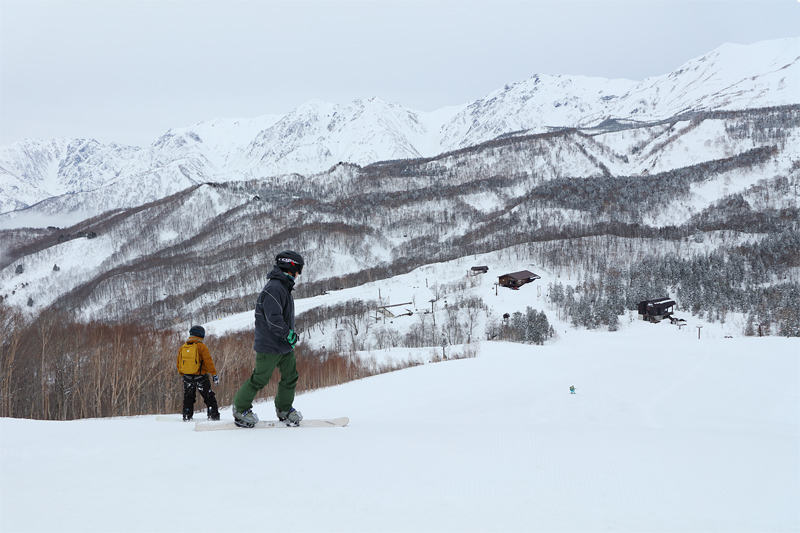