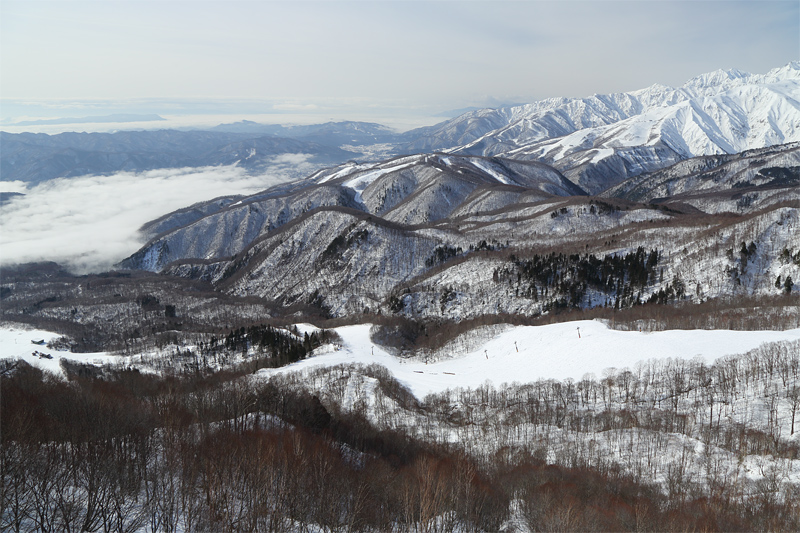 I was able to see the Sea of Clouds while riding the gondola under mild sunny weather. While the ridgeline of Hakuba Sanzan was clear, the sky to the east and south was hazy. The middle-lower part of the Han-no-ki slope, which closed on March 27 Fri), had regained its whiteness due to the heavy snowfall yesterday.
[Han-no-ki Slope] 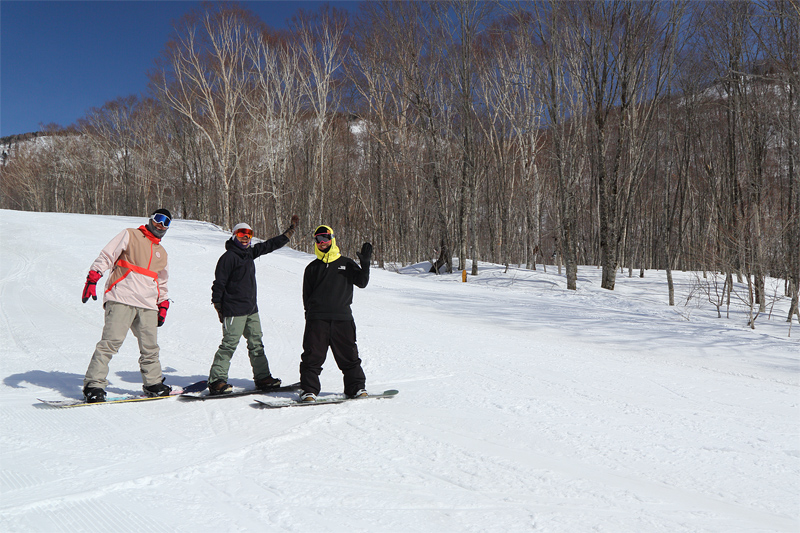 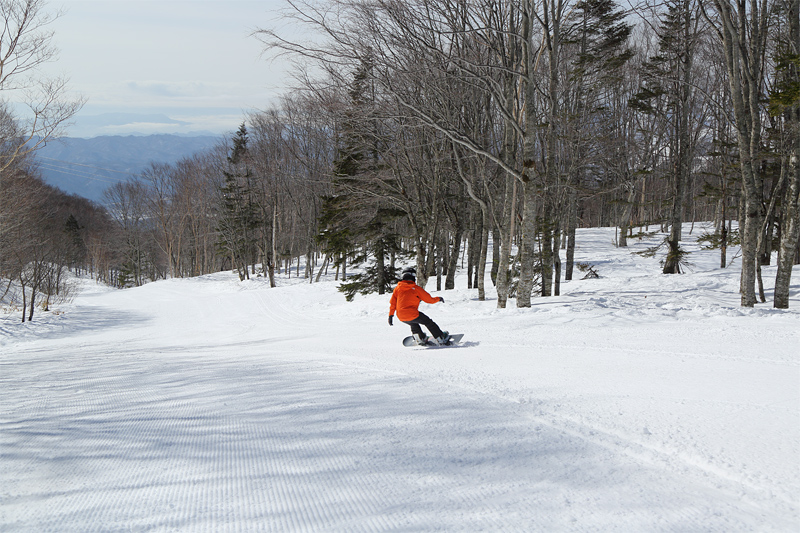 Gotenba course was nicely firm and skis ran smoothly. I also enjoyed the meandering and undulating slope changes. In addition, on the gentle slope at the end, it seems that it will stop unless skiing with speed.
[Gotemba Course] 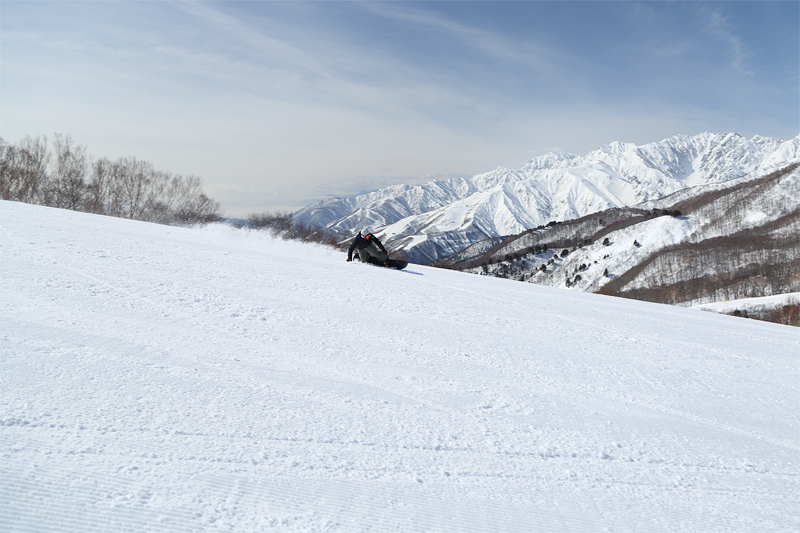 At almost the same time, the groomed area of the Tsuga-no-mori slope was firm and snowballs were visible. As for the non-groomed snow part on the side, the ski tracks that entered yesterday was hardened and difficult to ride. There was still enough snow at the start of the Tsuga-no-mori .
[Tsuga no Mori slope]