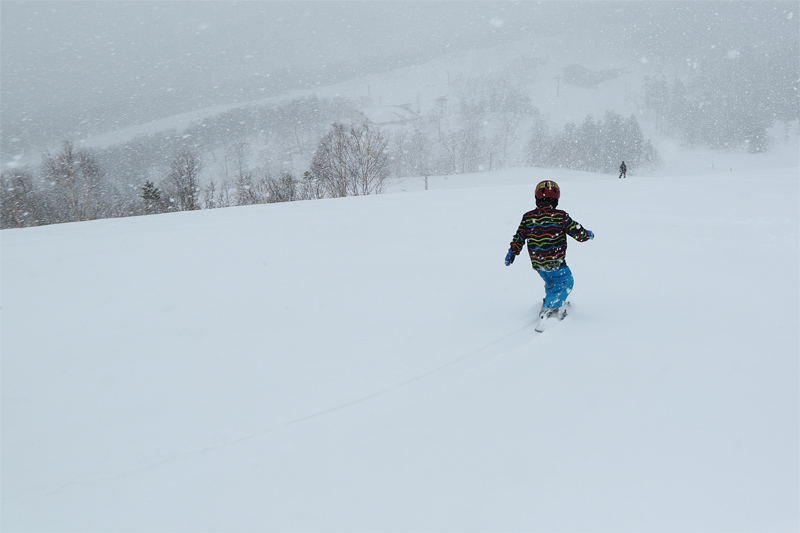 The gondola will start at 8:30 a.m. on weekdays and 8 a.m. on weekends and holidays from April. At the top of the ski area, wet snow was falling heavily with the north wind. A father from Saitama Prefecture said, “I’m skiing with my son from a first grader (pictured) in a camper. We’ll skiing a lot because of the good snow.”
[Tsuga-no-mori Slope] 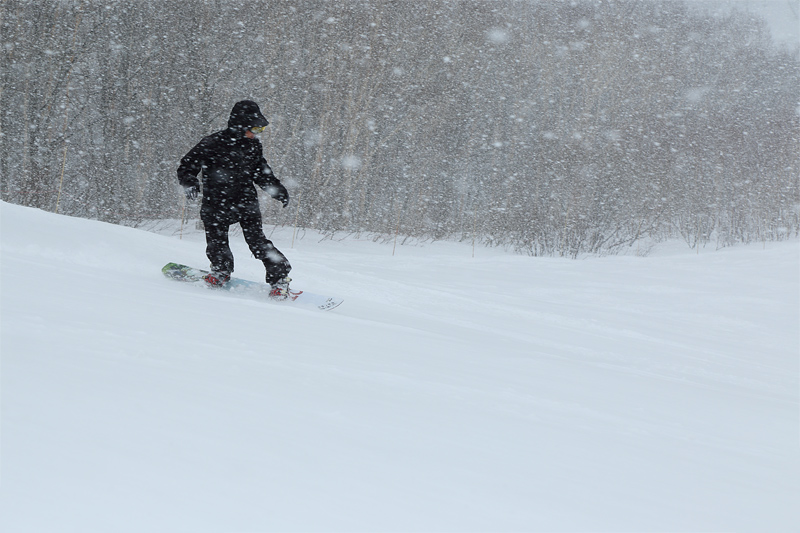 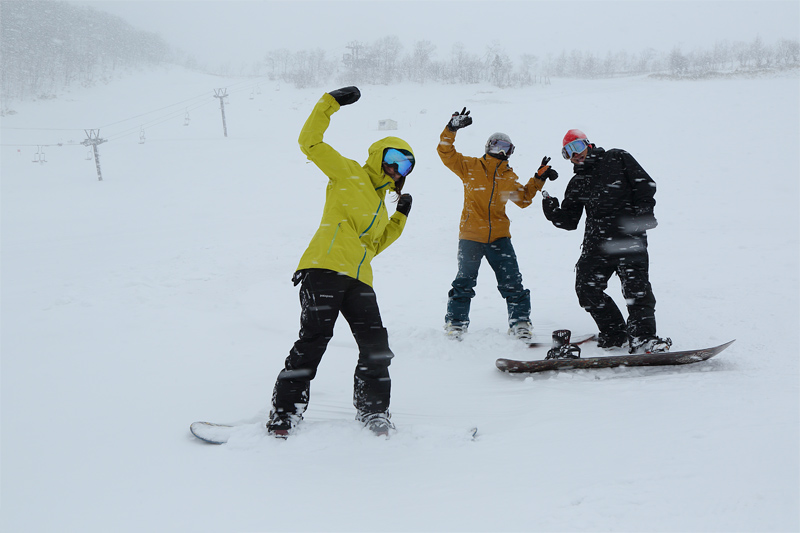 “We always enjoy your report. Today there are few customers and the wind is strong, so it is hard to report.” said three people from Kanagawa Prefecture and Hakuba Village. In the groomed area, about 5 cm of fresh snow became a cushion, and I could make the turns comfortably.
[Tsuga-no-mori Slope] 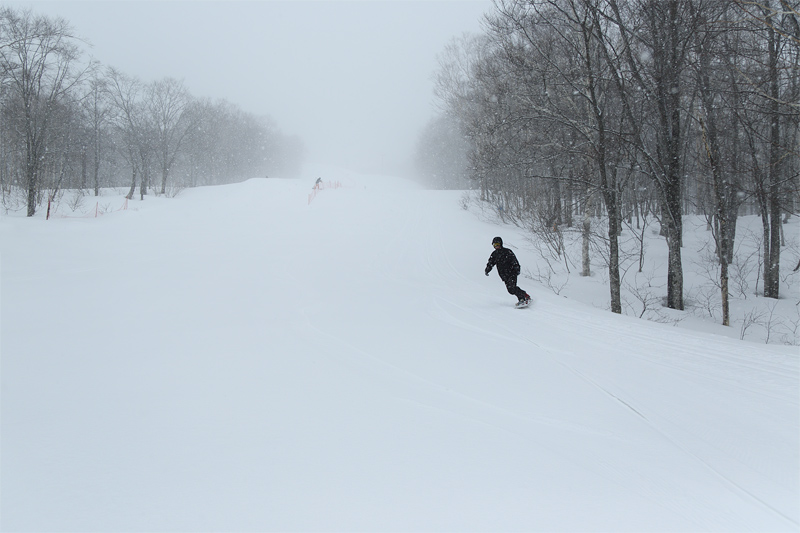 The slope along the Han-no-ki High-speed Pair was groomed well and nicely firm. I could ski easily on the 4cm fresh snow covered slope. However, around 10 a.m., the wetness of the fresh snow increased and the board did not run smoothly.
[Han-no-ki Slope]