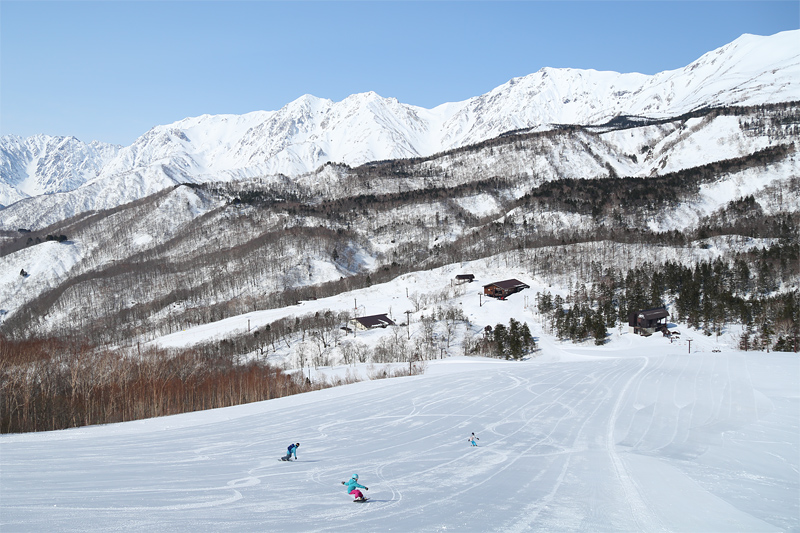 It was a beautiful day with no wind and a great day for spring skiing and snowboarding! It was cold in the early morning due to the radiative cooling, however, it gradually got warm after the resort opened. Half of the Chuo parking area got filled past 10 a.m. and there were more people in the ropeway than usual because the weather forecast said it would be sunny.
[Tsuga-no-mori Slope] 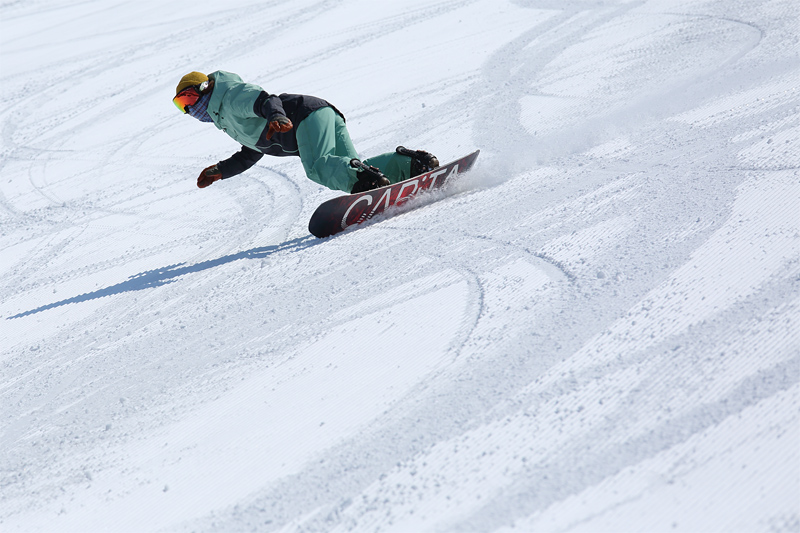 The widely groomed snow was nicely firm in Tsuga-no-Mori Slope. The snow was non-granular, mixed with the snow from yesterday. The non-groomed snow was covered with about 2 cm of soft fresh snow on the side of the course.
[Tsuga-no-mori Slope] 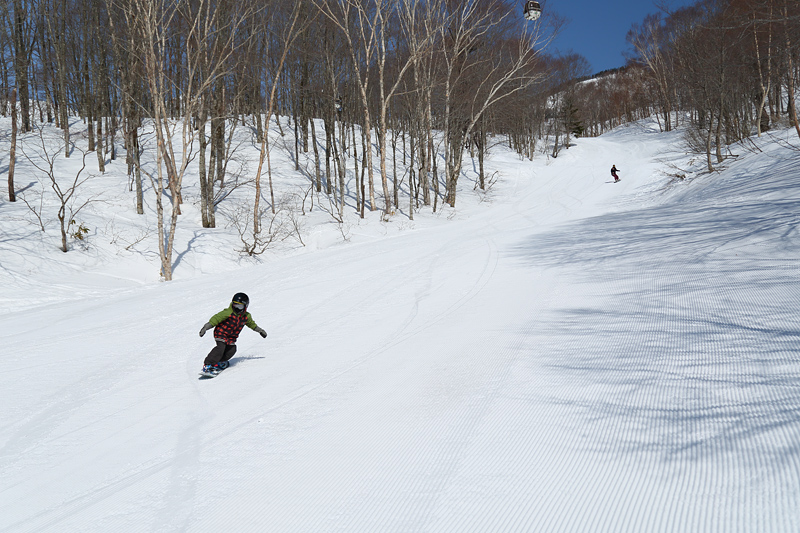 The groomed snow was non-granular but nicely firm in the first to middle part of Gotenba Course (pictured), too. Meanwhile, the corn snow was getting loose and wet in the last part.
[Tsuga-no-mori Slope] 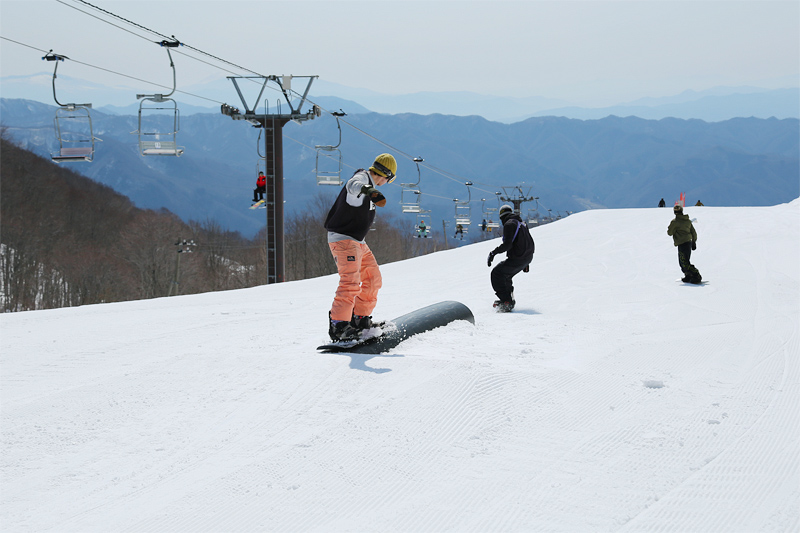 TG PARKS was well-maintained and in good condition. The snow was getting loose but nice. For your information, “the 41st Shio-no-Michi Festival (Salt Road Festival)“, which was scheduled to be held in Otari Village, Hakuba Village, and Omachi City from May 3 (Sun) to 5 (Tue), was canceled due to coronavirus outbreak.
[Han-no-ki Slope]