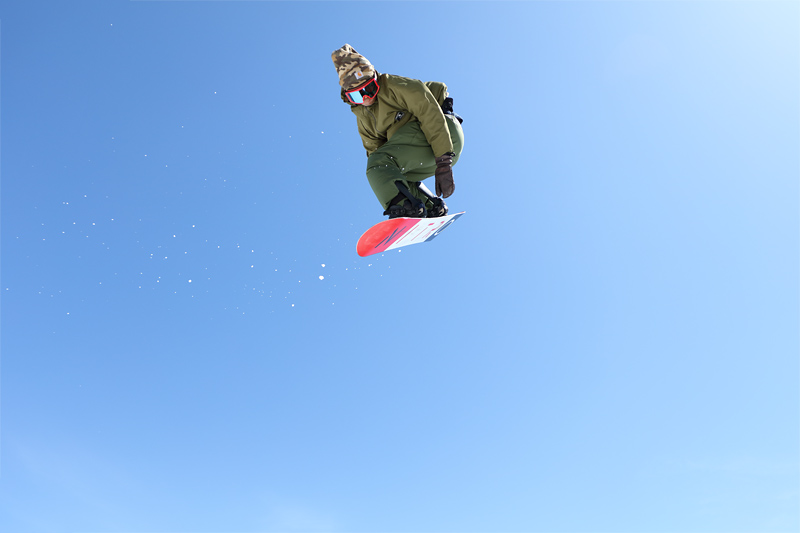 Following April 2, snow fell on the night before and last night, and Tsugaike has been keeping the snow amount of 190cm, which the top amount in Nagano with as Shiga Kogen, Kumanoyu since April. Along Han-no-ki High-Speed Pair, conditions with loosen snow. TG PARKS (pictured) was perfectly maintained and crowded mainly with advanced riders.
[Han-no-ki Slope]

The groomed Tsuga-no-mori Slopes was flat and nicely firm and the best slope in the morning. Despite some traces of the snow groomer, I was able to enjoy a big turn by taking advantage of the wide slope.
[Tsuga-no-mori Slope] 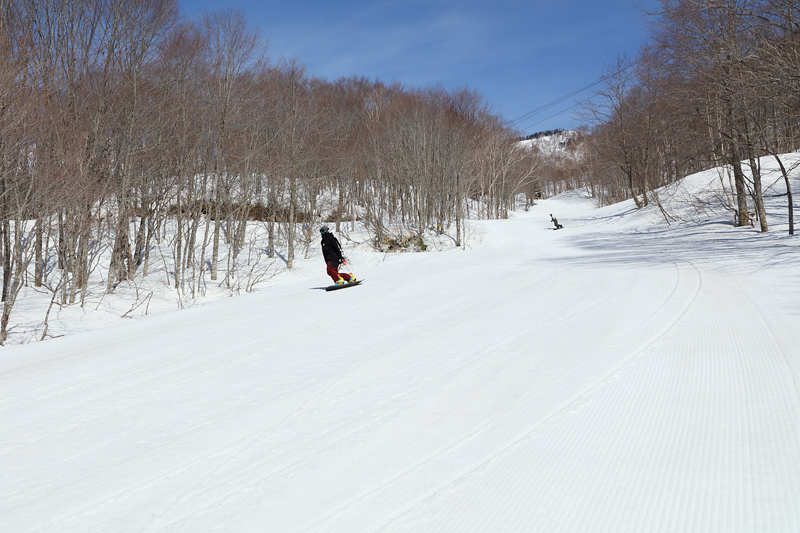 Gotemba Course was groomed widely and comfortable to ski. At the beginning of the course, the snow was nicely firm same as Tsuga-no-mori, but the middle and late stages were loose and deep. However, the board ran well, and I enjoyed the turn on speed.
[Gotemba Course] 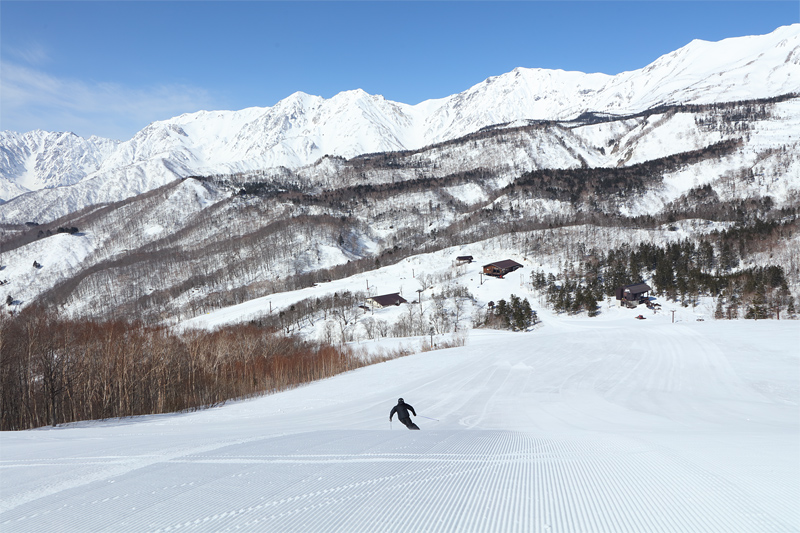 The thin clouds that had hung in the morning had melted, and the sunshine had intensified into the daytime, and the glare had become dazzling. Today’s slopes, where Prime Minister Abe will declare an emergency in addition to the weekdays of April, were truly vacant even in skiing & snowboarding weather.
[Tsuga-no-mori Slope]