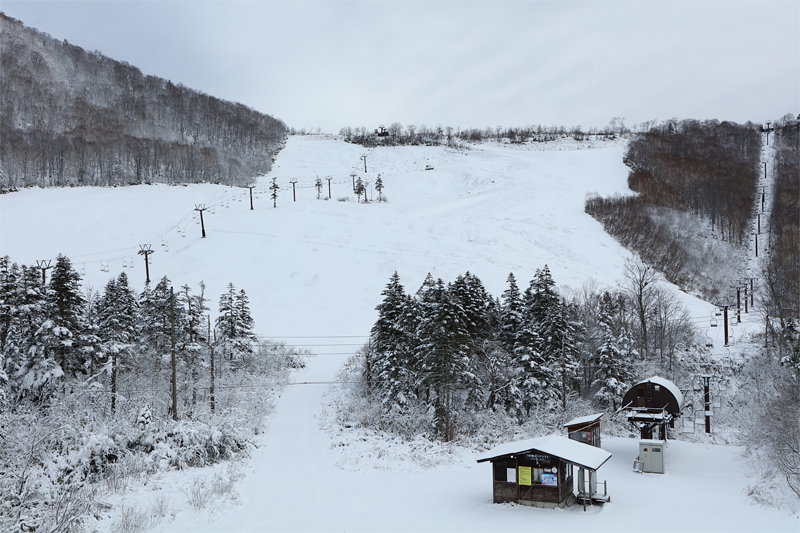 It was a calm winter morning with wispy high clouds. The Tsuga-no-mori Slope was blanketed in 20 to 25cm of fresh accumulation from the on-and-off snowfall over the last two evenings, with the middle to upper layers being light, fluffy powder that felt fantastic to walk through. 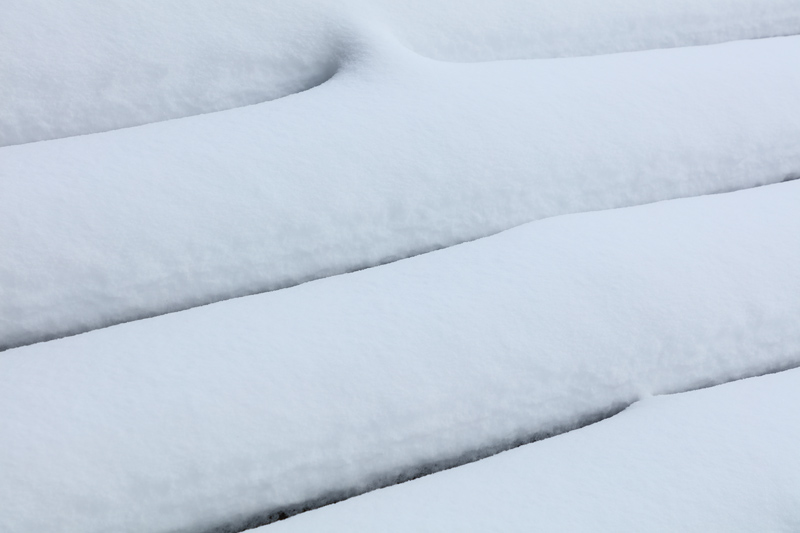 The snow-covered stairs of the Tsugaike ropeway station appeared like a deliciously edible confection topped with powdered sugar. The conditions along the Han-no-ki High Speed Pair Lift were very similar to those of the Tsuga-no-mori Slope, with approximately 16cm of snowfall. There seemed to be about 6 to 8cm of heavier, moist snow halfway down the Han-no-Ki course around where the slope steepens significantly 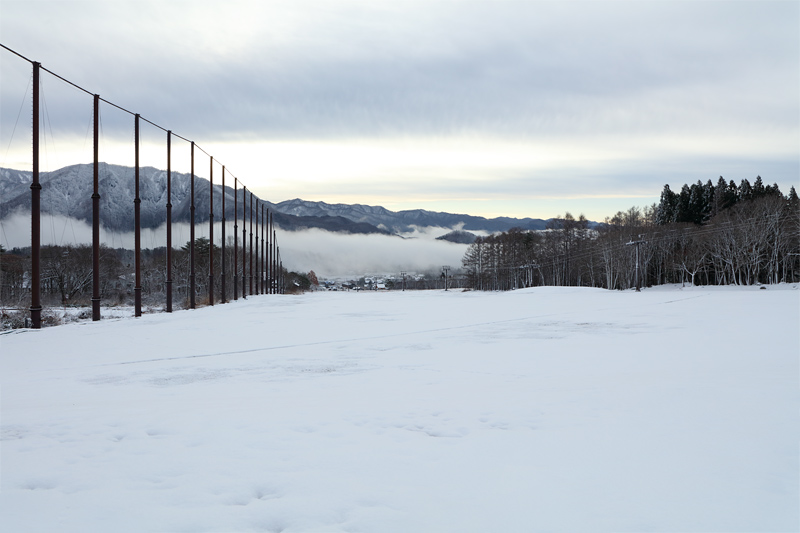 Though just a dusting at the lower elevations, the most recent snowfall did stretch all the way down to the bottom of the resort, with roughly 3cm of snow on the Oya-no-hara slope and another 3 to 4cm covering the Kane-no-naru-oka Slope. Even with the modest accumulations, the portion of the Oya-no-hara course that doubles as a golf driving range in summer was completely white owing to the low-cut, well-manicured grass below. 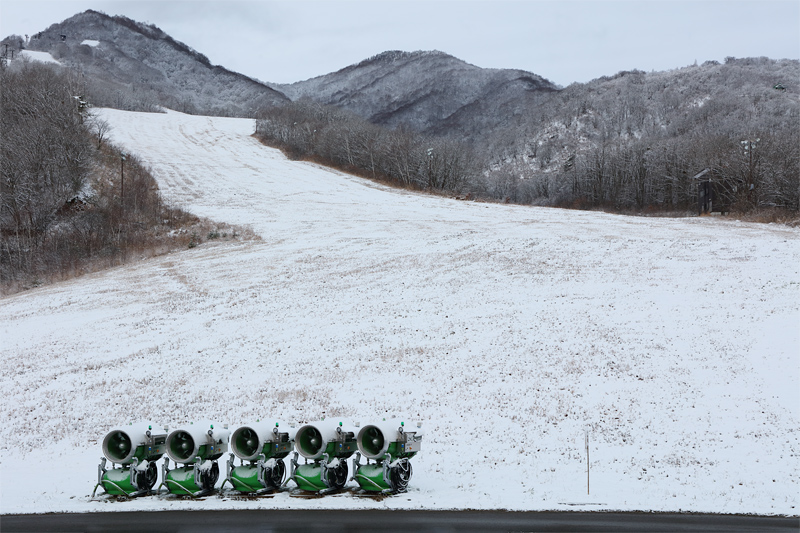 At the base of the Shirakaba Slope, there seemed to be around 5cm of snow. The newly introduced snow machines standing at the ready looked poised to play an active role in the upcoming season. There was also a buzz of activity leading up to the season kickoff, as we spotted several work vehicles shuttling back and forth along the service road, and workers could be seen making their final preparations on the Han-no-ki No. 1 Quad Lift platform.