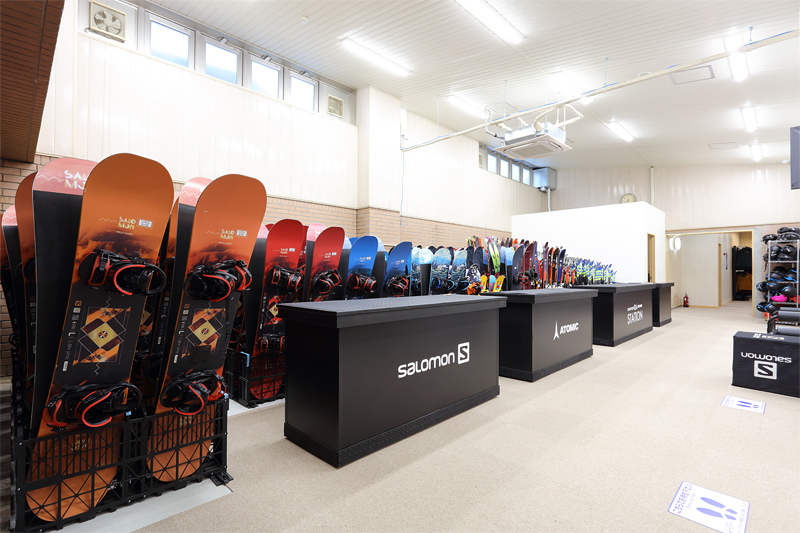 Salomon Atomic Station is a new rental provider on the second floor of the recently renovated VILLAGE TSUGAIKE facility. Standard ski sets (skis・boots・poles) and snowboard sets (board・boots) are both available for 4,8000 yen per day for adults, while premium level sets run 6,300 yen. Rental fees for children (13 and under) are 3,200 yen. Coin lockers and changing rooms are located on the same floor.
[VILLAGE TSUGAIKE・Rental Space] 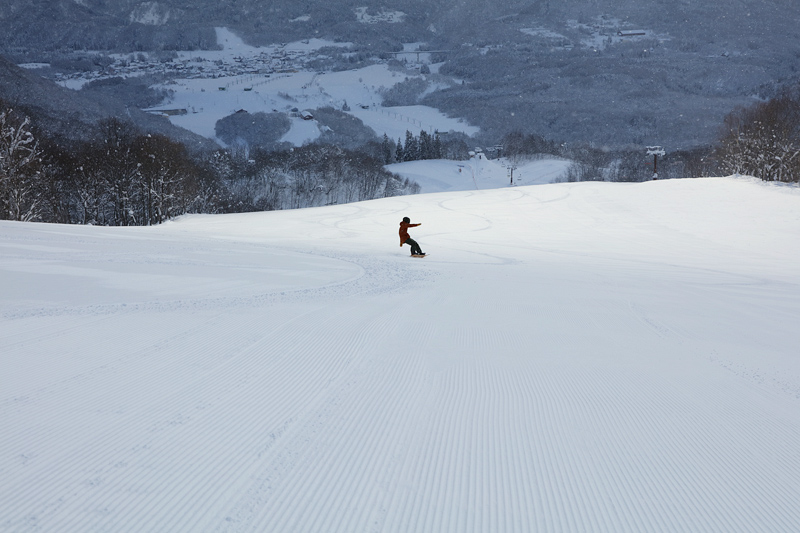 Due to strong winds at the top of the resort in the early morning hours, the start of the gondola was delayed until around 8:20, and the operation of the Tsuga No. 2 Pair lift was also suspended. On the Shirakaba slope, however, the wide-open well-groomed slopes provided a great forum for enjoyable turns on repeat. The snow was moderately soft and provided great stability in the Han-ko area, along the Han-no-ki High Speed Pair lift, and the same could be said for the upper course through the forest.
[Shirakaba Slope] 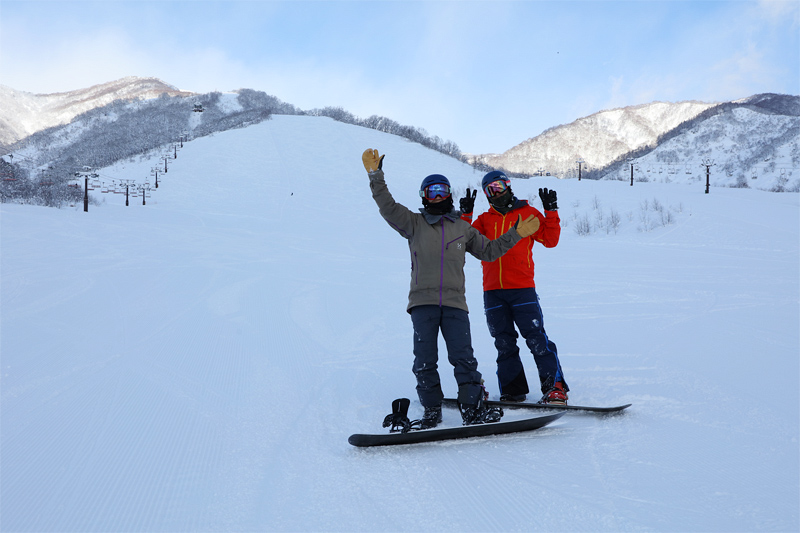 I crossed paths with a woman from Kanagawa Prefecture working at the rental shop Arai during the winter season. She said that she hits the slopes during her work breaks and mentioned that she always enjoys Snownavi’s daily resort reports. The weather began to improve and it was a pleasant morning to be out with the sun beginning to shine through. The strong winds gusting at the top of the resort were not a factor at all from the mid-mountain down to the base.
[Shirakaba Slope] 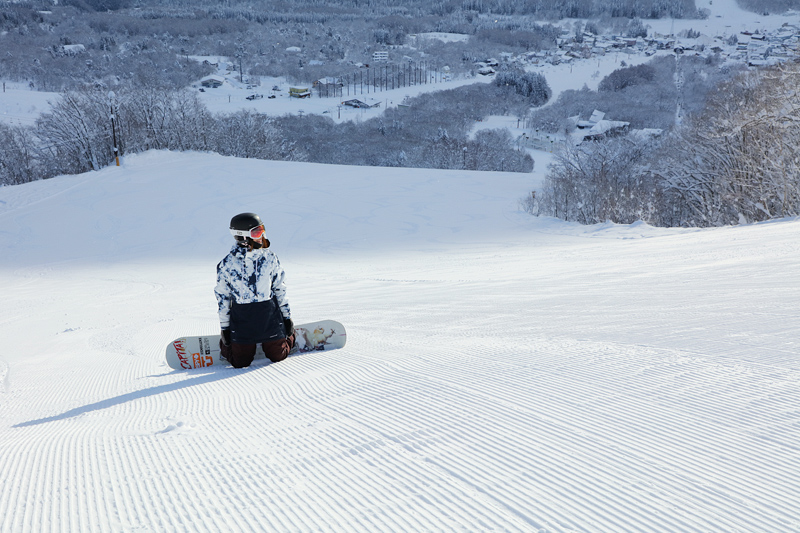 The conditions on the Champion slope were excellent, with the tightly groomed snow resulting in effortless turns. It was there that I ran into a couple of snowboarders visiting from Osaka. One of them (pictured, right) exclaimed, “I always check you site! I’m over 60 years old and already retired. Since the end of the year I’ve been making the resort rounds, boarding at Sugadaira Kogen, Ontake2240 and Kaida Kogen Mia as well.” On a side note, there was an error in Tsugaike’s officially reported snow depth due to a malfunction of the measuring instrument. The erroneously announced total of 390cm has been corrected to 290cm.
[Champion Slope]