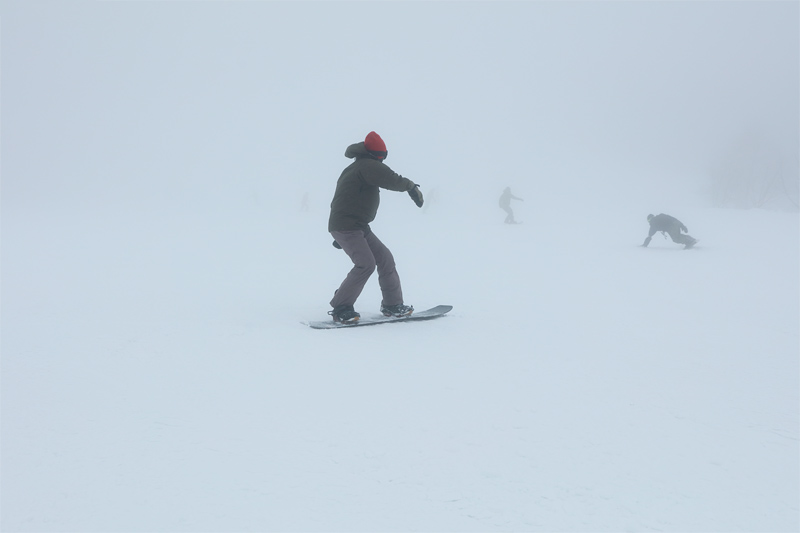 Today’s Tsugaike report was compiled around 10:30 a.m. By that time, the early morning snow that was falling on the Han-no-ki Course had stopped, but a layer of fog persisted all the way down to the middle of the run. Luckily however, it wasn’t thick enough to have an impact on skiing, and people could be seen cruising down the slopes at a decent rate of speed (see photo). The surface of the groomed, damp snow was covered in a thin fresh dusting that lent a soft quality to the conditions.
[Han-no-ki Slope] Conditions were good at TG PARKS (pictured), where the tightly packed damp snow allowed for a good build-up in speed. The most popular items on the day were the back-to-back-to-back 6 meter kickers located on the Sawa Course, with a line occasionally forming at the approach. We caught a great shot of an advanced rider throwing in a nice grab on one of his jumps.
[Han-no-ki Slope] 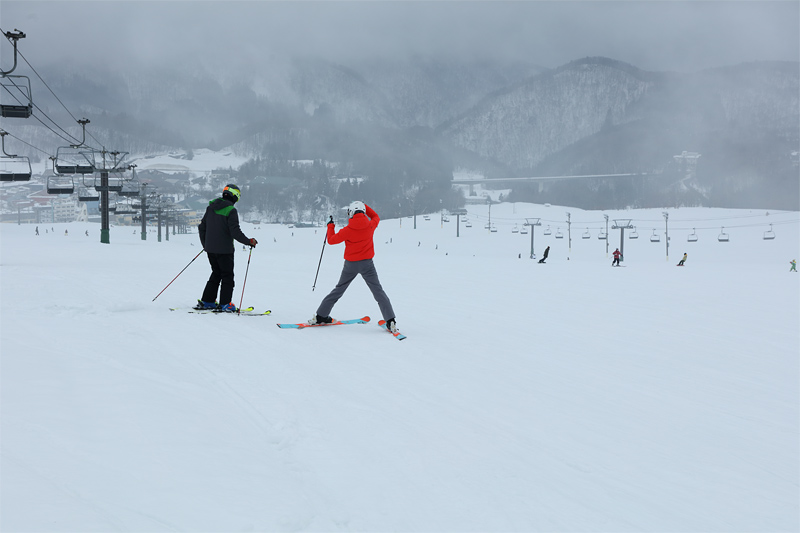 Descending towards the bottom of the Han-no-ki and Maruyama areas, the damp, groomed snow seemed to loosen up nicely. Kane-no-naru-oka was of a similar condition, and I was able to enjoy some relaxing turns on its wide-open slopes. By the way, on 2/6 (Sat.) to 2/7 (Sun.) the ‘NSD Cup 2021 Tsugaike Senior Cup GS Competition’ will be held on the Shirakaba Slope, and as a result a portion of one side of the course will be roped off for competitors only.
[Kane-no-naru-oka Slope] 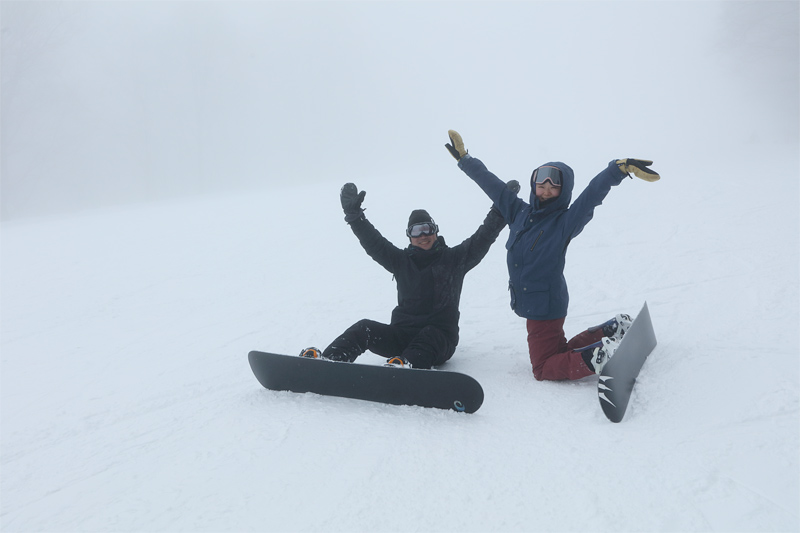 We ran into a couple of boarders from Nagano and Matsumoto. They said this was the first time they’d run into a Snownavi reporter, but that they always check our reports when deciding where to ski for the day. They also mentioned that this year they’ve spent most of their time at Iwatake, and that they have purchased a number of advance discount lift tickets from our site. I was similarly greeted by a number of other people as well.
[Han-no-ki Slope]