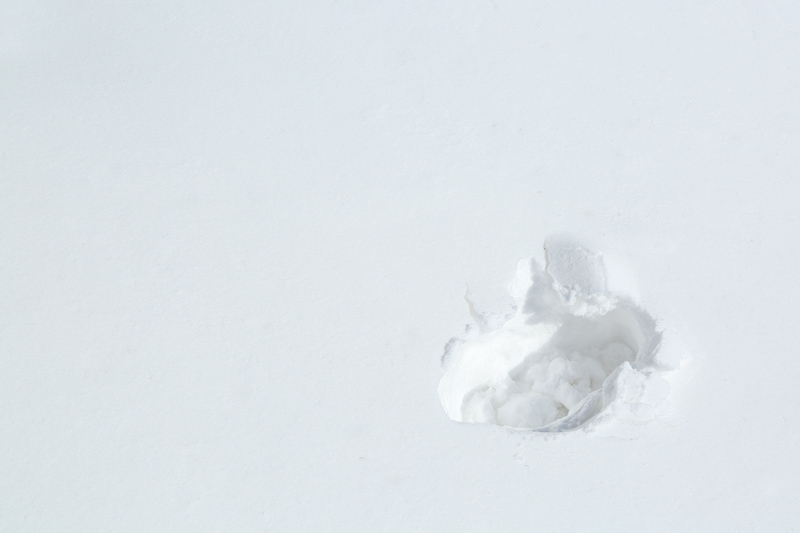 Following the dusting of snow that fell on 4/15 (Thurs.), a more significant system blew in yesterday 4/18 (Sun.), bringing strong winds and heavy snowfall. Because of the adverse weather conditions, the resort was forced to stay shut down for the entire day yesterday. So I was delightfully surprised to find about 25cm of fresh snow accumulated in the ungroomed area between the gondola and the Tsuga No. 2 Pair (pictured) as I exited the gondola!
[Tsuga-no-mori Slope] 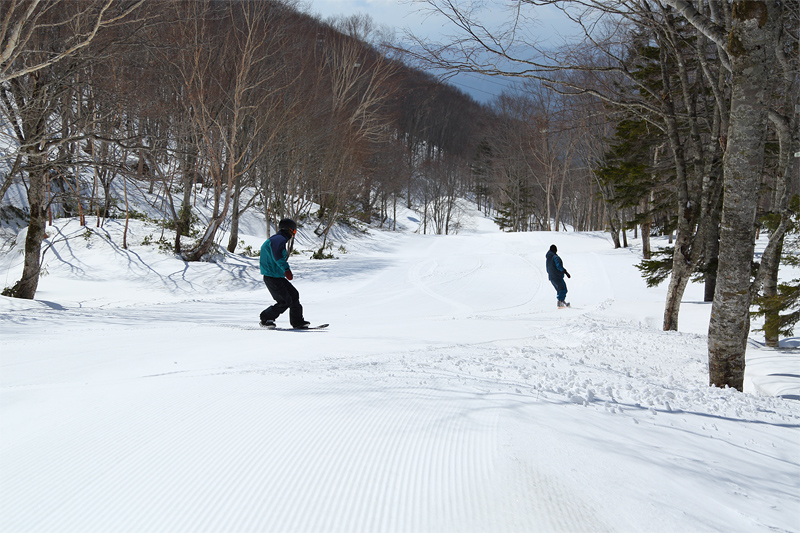 The new snow was noticeably damp, and on the east-facing Gotenba course first thing this morning, the top to middle portion of the run’s surface (pictured) was composed of wet, spring snow that my skis slid well on, as opposed to the granular-type snow that has been typical the last several weeks. On the other hand, the snow on the ungroomed shoulder areas on either side of the run was quite grippy and quickly put the brakes on my skis. The sticky, wet snow meant that it was necessary to use my poles to propel myself along the flat portion at the end of the run.
[Gotenba Course] 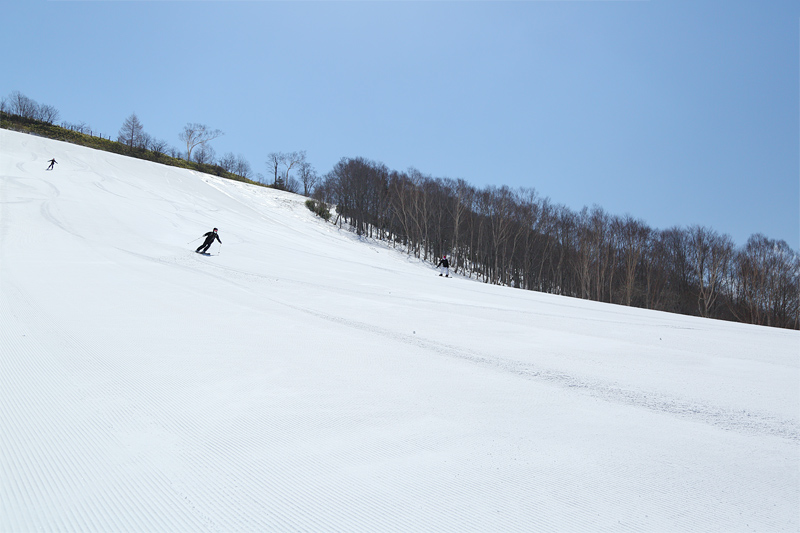 On the Tsuga-no-mori Slope, the damp snow was groomed into a nice and well-packed firm surface to start the day! I ran into a married couple from Azumino (pictured), who told me, “We love your site. There’s nothing to complain about with these conditions at this time of the year!” Because of the warming temperatures and strong, direct sunlight, within 30 minutes the outer surface layer of the snow began to soften up. However, myself and other customers were still thrilled just to be skiing on fresh snow.
[Tsuga-no-mori Slope] 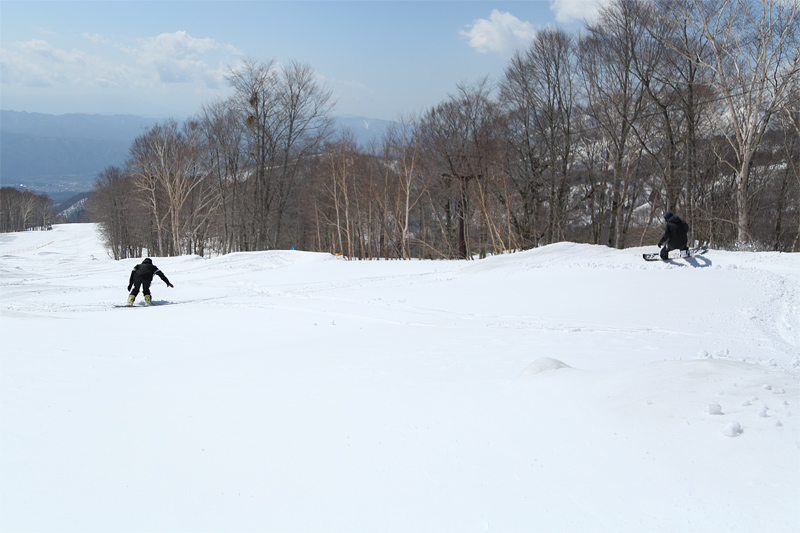 The banked slalom course made for the event held two days ago (pictured) remained in place, and was open to the general public, though it was hard to generate speed because of the fresh snow. In fact, I chatted briefly with one of the TG Parks diggers who mentioned, “The terrain park items are in good condition, but this new snow makes it hard to generate and keep speed on take off and landing, so in a way it’s kind of disappointing for the park.”
[Han-no-ki Slope]