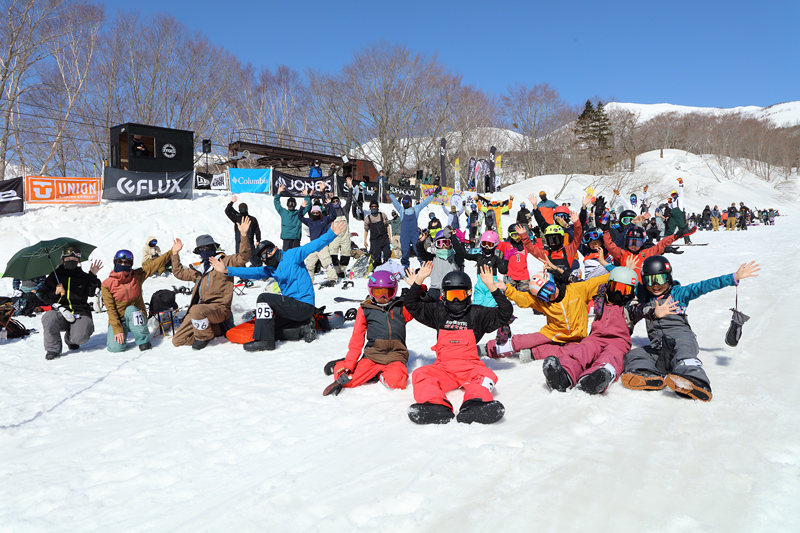 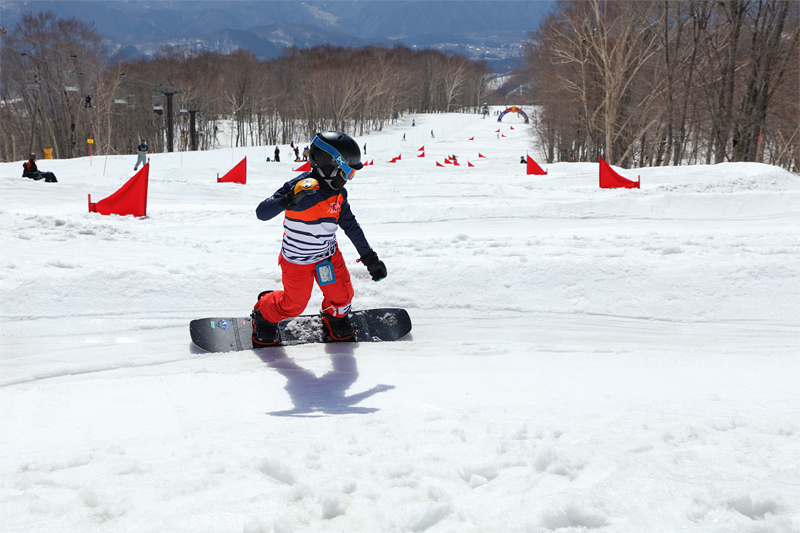 Athletes took two solo runs through the 30 gates marking the course running alongside the Han-no-ki High-Speed Pair lift, with their best time determining their place in the final rankings. Practice runs were not allowed, and instead participants could only inspect the course visually before dropping in for their first competition run.
[Han-no-ki Slope] 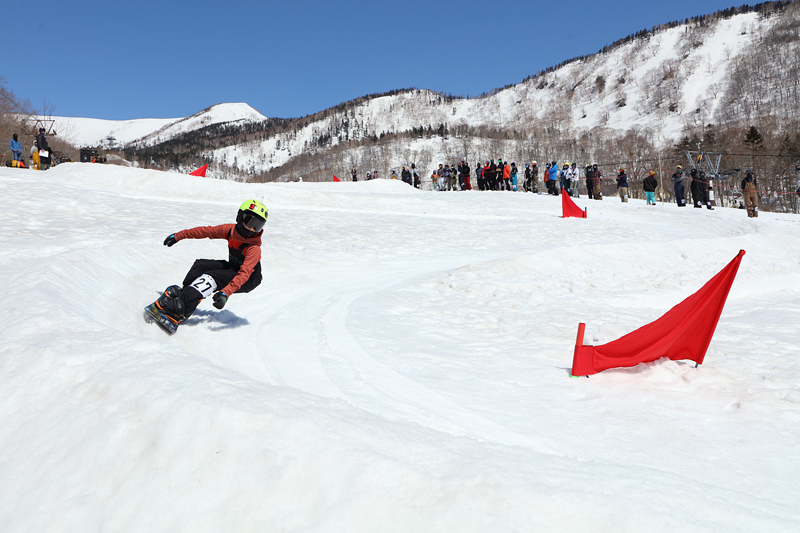 At the conclusion of the event, the awards ceremony took place inside the Yuki-no-hiroba’s Yeti Restaurant, with the top 3 finishers in each competition category receiving prizes such as apparel, googles, boots and more. The 3rd event of the banked slalom series is set to take place at the Hakuba Happo-One Ski Resort on 4/23 (Sat.).
[Han-no-ki Slope] 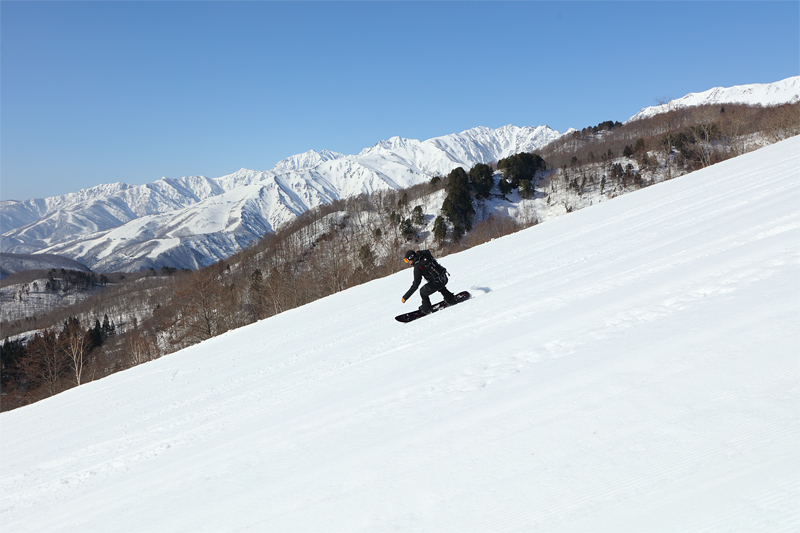 Incidentally the moderately-soft, granular snow surfaces of the groomed Tsuga-no-mori and Han-no-ki slopes (pictured) were great for smooth and easy skiing. Over time as more and more tracks were laid down, the surface snow slowly turned to spring slush. Currently, 5 groomed runs are open at Tsugaike including the two aforementioned areas, as well as the Gotemba Course, the upper portion of the Forest Course, and the Karamatsu Slope.
[Han-no-ki Slope]