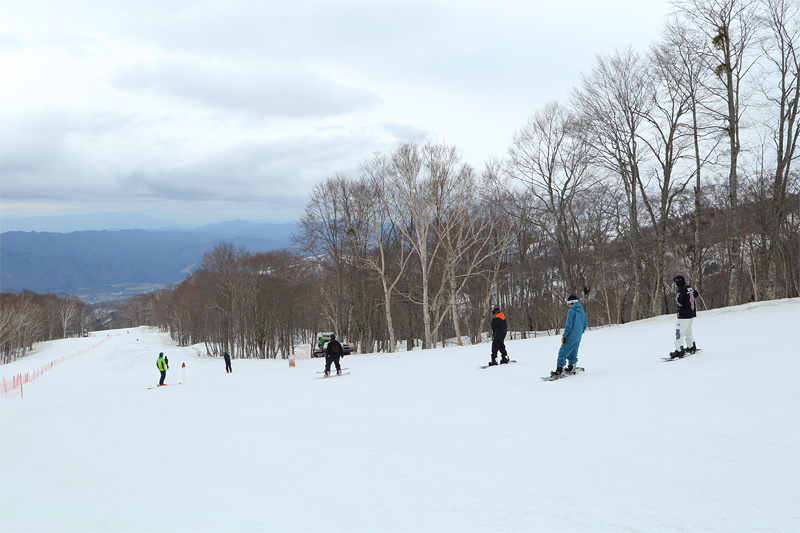 The TG PARKS terrain park moved to its new late-season location alongside the Han-no-ki High-Speed Pair Lift on 4/17 (Sun.), and currently features a total of 7 items: one triple wave, one PVC pipe rail, one BOX, two 7m kickers, and two 3m table tops. Furthermore, there are some jibs (down rail and PVC pipe rail) next to JACKY’S Kitchen that can be enjoyed via a quick hike up.
[Han-no-ki Slope] 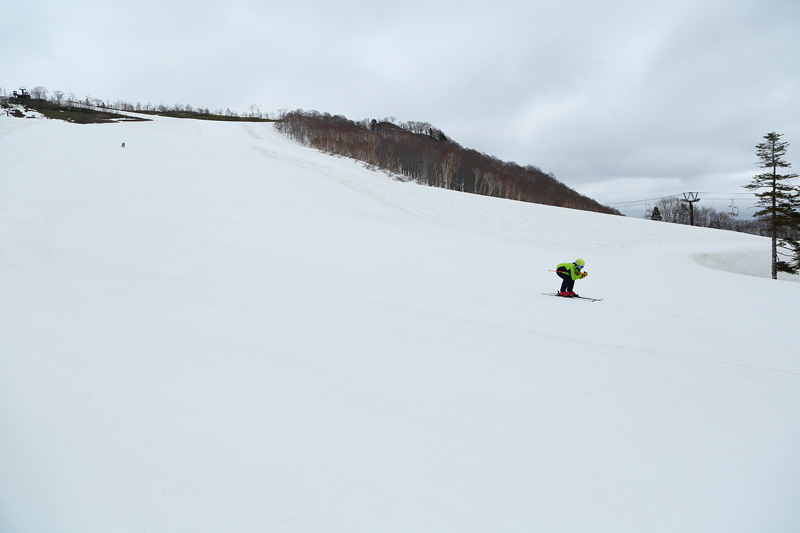 I spoke with a skier on the Tsuga-no-mori Slope (pictured), who first greeted me by saying, “Snownavi! Good morning.” They went on to say, “I always check your reports. Luckily the snow isn’t too soft today and it’s pretty easy to ski.” First thing this morning the groomed granular-snow surfaces of both the area alongside the Han-no-ki High-Speed pair and the Tsuga-no-mori Slope were still relatively firm.
[Tsuga-no-mori Slope] 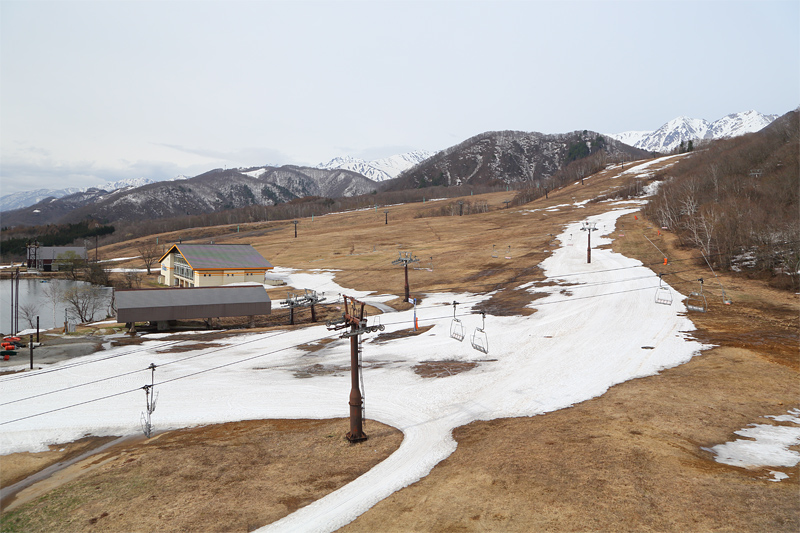 I also had a brief chat with a resort staff member who informed me, “It’s still possible to ski down to the gondola mid-station, but there’s a chance you might scratch your skis. The safest bet is to take the gondola down.” This photo of the area around the mid-station gives you a good idea of the current conditions. Most likely it will no longer be possible to ski all the way down within the next 2 to 3 days.
[Han-no-ki Slope] 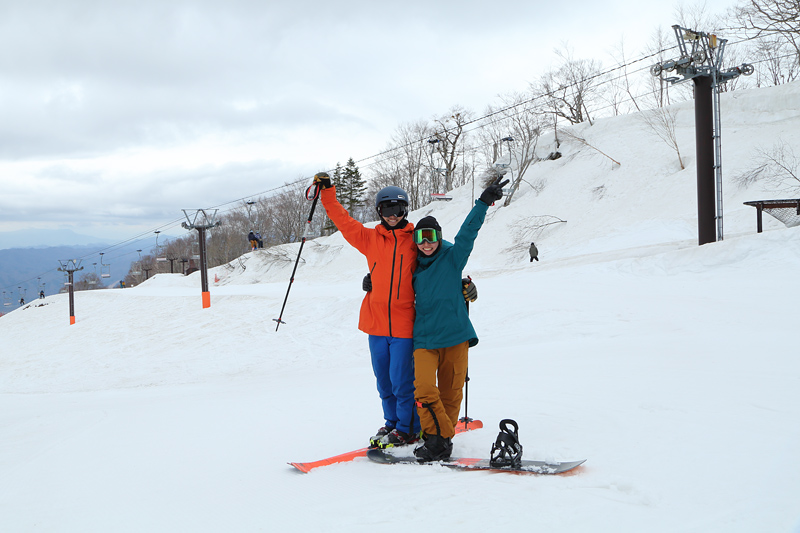 My last conversation of note was with a couple from Shizuoka’s Hamamatsu City (pictured). “Are you with Snownavi?,” they asked. “We’re happy to run into you! This morning we got up super early and left our house at 3:00 to make it here.” Later on, around 10:00, light rain began to fall from the gray-colored sky.
[Han-no-ki Slope]