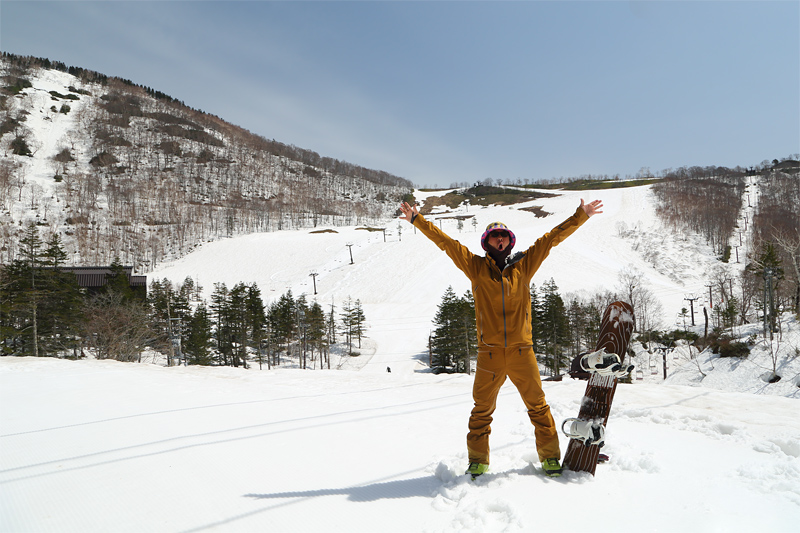 As of 4/16 (Sat.), the Tsugaike Gondola is now operating from 8:00 on Saturdays and Sundays, and from 8:30 during the weekdays. During the Golden Week holiday period from 4/29 (Fri., holiday) to 5/8 (Sun.), it is scheduled to start at 8:00 daily (※The Tsugaike Ropeway is also set to operate daily from 4/29 to 5/8). I spoke with a local Otari-based boarder who said to me, “It’s hot! There’s still plenty of snow left, so it looks like we’ll be able to enjoy it all the way to the last day of the season!” 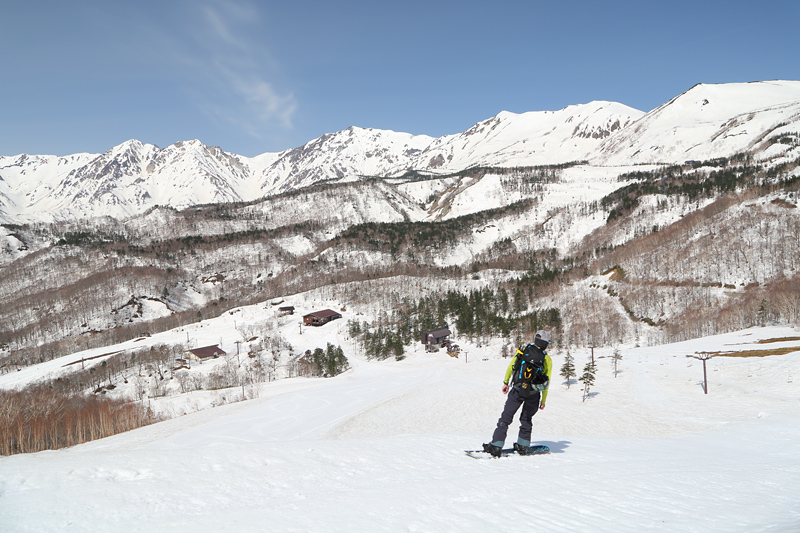 I later caught up with a couple of snowboarders from Hyogo Prefecture (one pictured here), who told me, “We always use your site! We saw that the weather is expected to take a turn for the worse starting tomorrow, so we altered our plans and came out to Tsugaike today. We’re gonna do a bit of backcountry… or really just go have a picnic, haha.” The 3 major Hakuba peaks and surrounding mountains such as Hakuba Norikura were clearly visible in the spring sky. 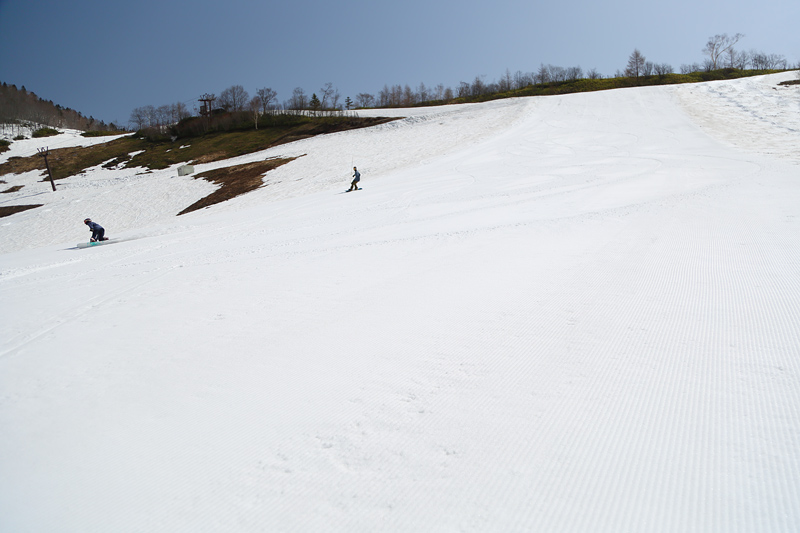 It was full-on, slushy spring snow conditions from the start of the day on the three currently open courses: the Tsuga-no-mori Slope (pictured), the Gotemba Course, and the area alongside the Han-no-ki High-Speed Pair Lift. But even still my skis slid well and I was able to turn smoothly. There was a large lane of moguls on the skier’s left side (pictured, background) heading down from the top of the Tsuga-no-mori Slope. 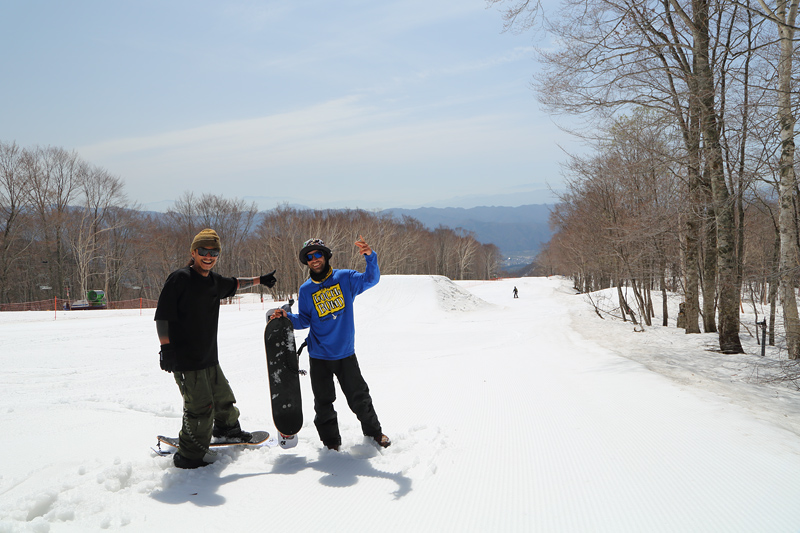 I ran into a lodge owner hitting the kickers on his snowskate (pictured, left) who was excited that the TG PARKS area was still in great condition and should be able to stay open and enjoyable all the way up to the end of the season. The conditions are good for getting in some practice on the kickers, with soft snow that lowers the risk of injury even when falling.