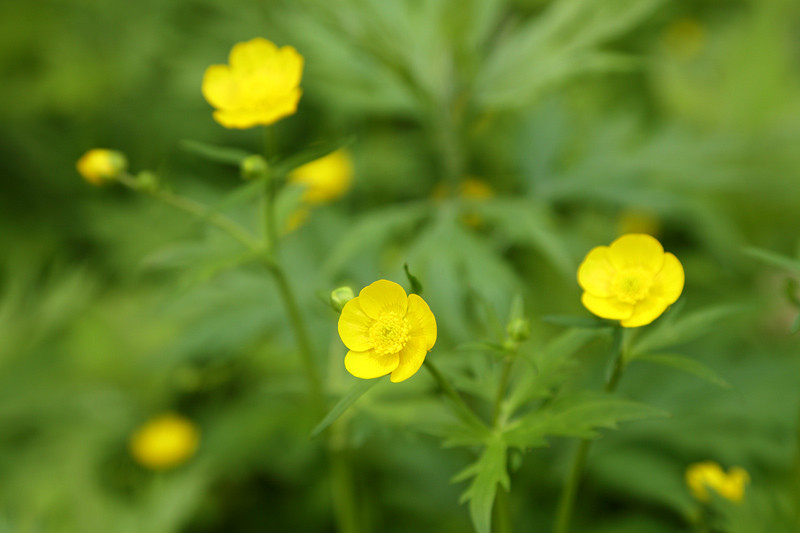 We had a nice weather in the morning with the soft sunlight coming through thin clouds and with a northerly breeze blowing. I found summer yellow flowers of Miyama Kinpoge as soon as I entered into the park (as shown in the photo). Mizubasho flowers were coming to an end, while lots of Ryukinka, Mitsuba Ouren and Koiwa Kagami were in bloom around Mizubasho Marsh. 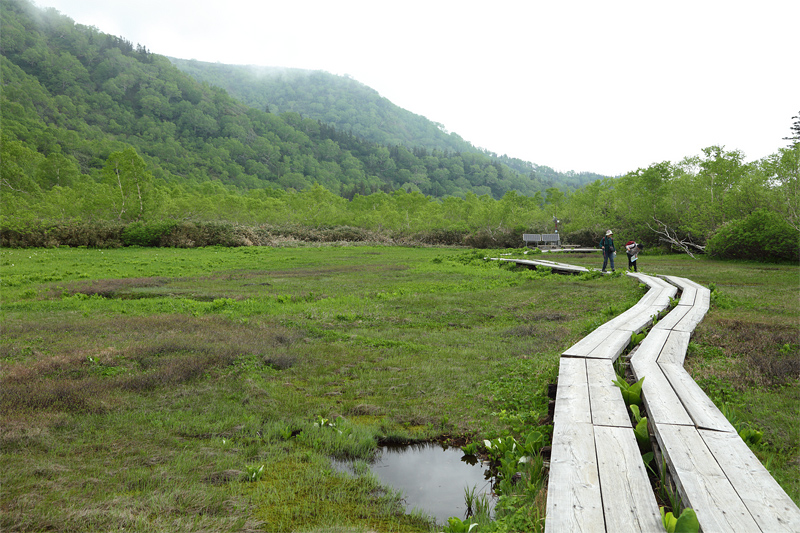 Trees and marsh grass were growing thickly, which was signalling the coming of summer. I found green leaves of Kobai Keisou around Mizubasho Marsh and Watasuge Marsh as well as round buds of Chinguruma around Watasuge Marsh. Some of the buds were already open. Meanwhile, Sankayou and Kinugasaso were at their best around Ukishima Marsh. 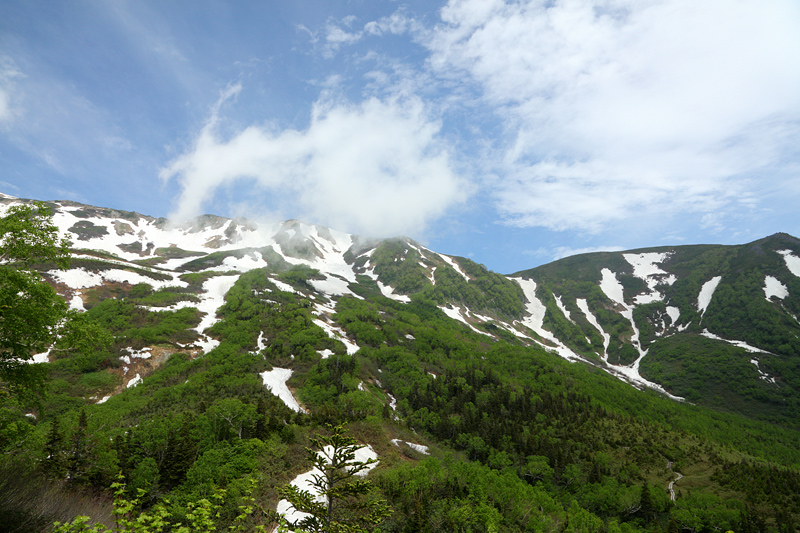 Clouds were rushing in the sky, which sometimes covered the ridge of the Northern Alps. It was a bit humid as the sunlight got stronger around 11 a.m. The trail was a bit muddy but not so bad, although we had a heavy rain yesterday. 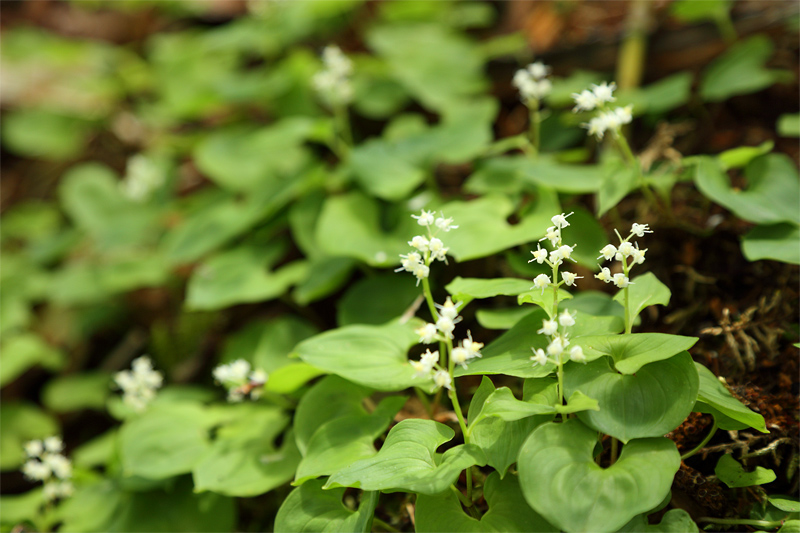 There were lots of small pretty flowers of Maiduruso and a few Gosen Tachibana flowers at the upper area of Yase Ridge (as shown in the photo). I also found yellow Ryukinka flowers and Shinano Kinbai flowers, which are also yellow but have larger petals, when walking along Boardwalk from Ukishima Marsh to Ginmeisui. 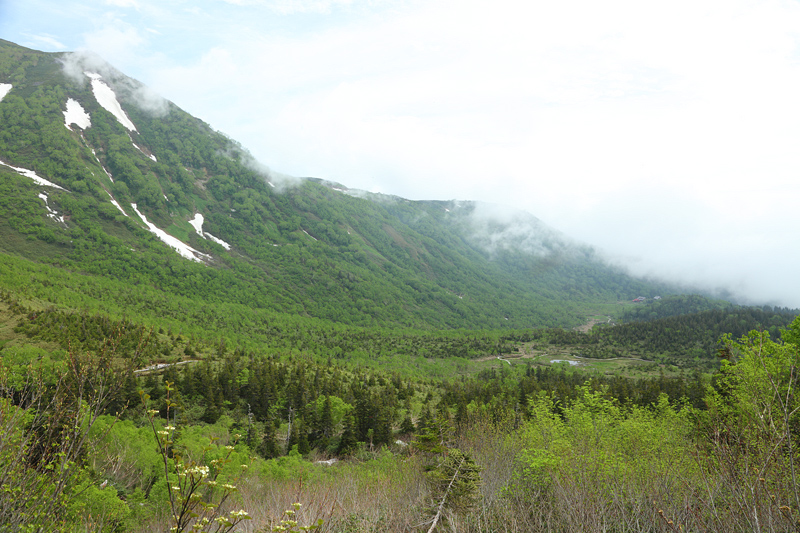 I went for a round walk from Round Course at Ukishima Marsh to Yase Ridge, taking the new western route. Snow was still left only around the air hole and on the northern side of the small observatory, which is located between Kusu-gawa River and Ukishima Marsh. The time for trekking and alpine plants is coming.

*To Visitors Requesting Original Data of Our Photographs
*Tsugaike Nature Park & WOW! will be reported 1－2 times a week